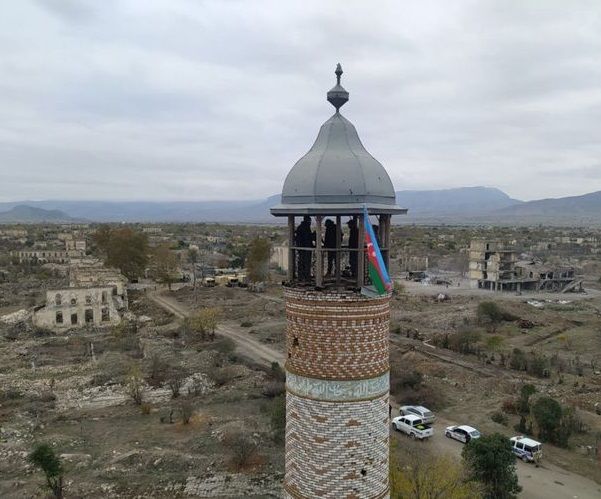 As a result of Armenian occupation, the city of Aghdam was entirely razed to ground. All monuments, cultural and art centers, social and economic buildings in the city were destroyed and ruined. No undamaged building has been left.

It should be noted that Armenian Armed Forces occupied the region of Aghdam on 23 July, 1993.  After 27 years later, Armenian occupying forces withdrew from Aghdam in accordance with second article of the joint statement signed by President of Azerbaijan, Prime Minister of Armenia and President of Russian Federation.