Trump was right to ditch UN’s plan for handling migrants 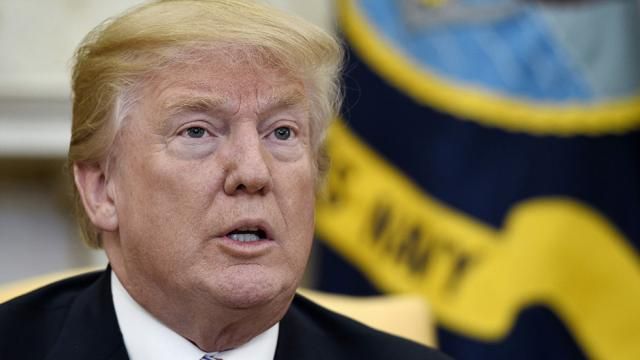 The U.S. is the only member of the United Nations (UN) that did not participate in the entire 18-month process for the development of a Global Compact for Migration, which is supposed to be formally adopted in December.
The process began when the UN hosted a summit in New York on September 19, 2016, to discuss a more humane way to handle large movements of migrants. Barack Obama was the president then. At the end of the summit, all 193 member states signed the New York Declaration for Refugees and Migrants, a 24-page document that provided a blueprint for the establishment of the compact for migrants (and a separate compact for refugees).
The declaration included numerous provisions that were inconsistent with U.S. immigration policy and the Trump administration’s immigration principles. Consequently, the Trump administration ended U.S. participation.
Ambassador Nikki Haley, the U.S. representative to the UN, explained in a press release that, “The global approach in the New York Declaration is simply not compatible with U.S. sovereignty.” America decides how best to control its borders and who will be allowed to enter.
The Trump administration was right. The compact is a collective commitment to achieve 23 objectives for safe, orderly, and regular migration. Although it addresses problems that need to be resolved, some its proposed solutions would weaken U.S. border security and others would usurp congressional control over the nation’s immigration laws.
Enhance availability and flexibility of pathways for regular migration
Objective 5 in the compact claims that, “the sovereign right of States to determine their national migration policy and their prerogative to govern migration within their jurisdiction,” is one of its guiding principles. But some of its objectives, such as this one, violate that principle.
The pathways for regular (legal) immigration to the US are set forth in the Immigration and Nationality Act (INA) — passed by Congress and signed into law by a U.S. president.
Even if he agreed with the compact’s objectives, President Trump could not unilaterally modify the INA’s visa system for lawful admissions.
Facilitate fair and ethical recruitment and safeguard conditions that ensure decent work
Congress decides how employment-based visas will be issued and how unfair labor practices will be addressed. Nevertheless, the concerns raised by the Objective 6 in the compact should be addressed.
Unscrupulous American employers are drawn to undocumented alien workers because they can be exploited easily and are not in a position to complain about the way they are treated. I call this “the exploitation magnet.”
The Labor Department sanctions employers for exploiting employees, without regard to their immigration status. For instance, it enforces the Fair Labor Standards Act, which requires a minimum wage and overtime pay.
With additional funding, the Labor Department could conduct a campaign to stop the exploitation of employees in industries known to hire large numbers of undocumented aliens.
Address and reduce vulnerabilities in migration
Objective 7 of the Compact calls for assistance to vulnerable migrants, regardless of migration status. It is not apparent how this could be implemented under American law.
When an immigration officer has determined that an undocumented alien seeking admission does not have valid entry documents, the INA requires the alien’s removal without a hearing unless he can establish a credible fear of persecution and the migrants who are the subject of the compact are not asylum seekers so they would not have persecution claims.
And migrants who are apprehended after making an illegal entry generally cannot be allowed to remain in the U.S. either.
Strengthen the transnational response to smuggling of migrants
Objective 9 of the compact includes a provision to “ensure that migrants shall not become liable to criminal prosecution for the fact of having been the object of smuggling.” This would require making changes in criminal immigration law, which Trump cannot do either.
The INA provides that aliens who enter without inspection are subject to a fine and/or incarceration for up to 6 months for a first offense, and for up to 2 years for subsequent offenses.
Use immigration detention only as a measure of last resort and work towards alternatives
In direct contradiction of Object 13, the INA provides that undocumented adult aliens who are apprehended in the vicinity of the border after making an illegal entry are subject to mandatory detention in expedited removal proceedings, unless they establish a credible fear of persecution.
And as Andrew Arthur, a resident fellow at the Center for Immigration Studies, points out, detention often is needed to ensure that aliens in regular removal proceedings who have paid smugglers thousands of dollars to be able to enter the U.S. illegally will appear at their hearings, and alternatives to detention can be subverted.
Nevertheless, the fact that the compact has unacceptable objectives doesn’t mean that the problems it raises should be disregarded.