Azerbaijani army liberated several villages of Zengilan, Jabrayil and Gubadli districts and the city of Gubadli from Armenian occupation
Read: 283

If Armenia doesn’t stop, we will go until the end to liberate all the occupied territories - Azerbaijani President
Read: 254 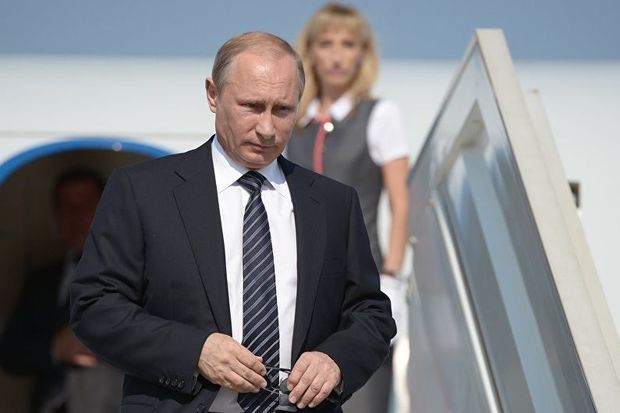 Eurasia Diary asked Russian historian Oleg Kuznetsov to comment on Putin's visit to Baku. He deems, that the visit is linked to the last boost in economic relations between Russia and Azerbaijan amid the stagnation of relations between official Moscow and Yerevan.

"Russia invested $ 4 billion in the Azerbaijani economy, which was actively broadcasted by the entire Russian and Azerbaijani press on the eve of President Aliyev's visit to Russia. What does it mean? This amount of investment has already surpassed the volume of Russian investment in Armenia. Thus, Russian business, as private, as well as state-corporate, sees in Azerbaijan not only a partner but also a stable capital and investment market. Azerbaijan became Russia's most capital-intensive partner in the South Caucasus. This means that all the money that Russia invested in Azerbaijan, she will not invest in Armenia.

Moreover, there is a completely different trend. The Russian business is starting to leave Armenia due to deterioration of political relations between Russia and Armenia. The outflow of capital must flow somewhere. The recent agreements signed during President Aliyev's visit to Russia open a broad investment space for both countries. In this sense, Azerbaijan is becoming a platform for joint earning money. Armenia is not such a platform. Any million dollars invested in the economy of Azerbaijan is another move to dragging out Russia's economic stranglehold in the neck of Armenia, "the expert says.

Kuznetsov is sure that the volume of economic cooperation rises sharply.

It is time for Russia when the country needs the inflow of foreign investments. Putin is coming to Baku in order to propose Azerbaijan a joint earning, taking into account their exclusive geographic location on Eurasian mainland.

The time of ideological stereotypes gradually recedes into the past, when for the sake of some idea money was thrown out to the wind. Russia now cannot afford this. The South Caucasus region becomes a priority for Russia, both in terms of geopolitical stability and security, and to receive additional revenue for the state budget. Putin's visit, just like Aliyev's visit to Sochi, will be aimed at the approval of joint commercial interstate projects. "

To conclude, Historian added amid business talks, negotiations between Aliyev and Putin will touch upon geopolitical background which is regarded as a factor of the active stimulator of economic relations.