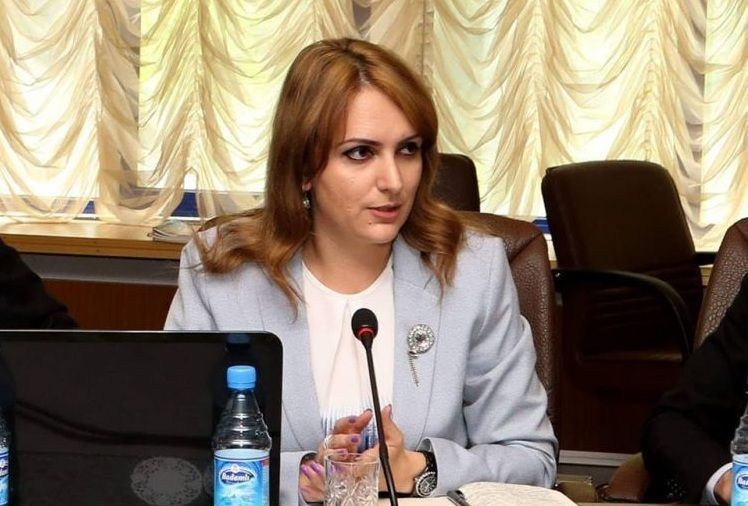 On May 13-14, the 6th edition of the South Caucasus Security Forum was held in the capital of Georgia, Tbilisi. The event, organized by the Stratpol Strategic Policy Institute, Rondeli Foundation and Friedrich-Ebert-Stiftung political foundation, was attended by state representatives of Georgia, experts and researchers from Europe, the USA, Azerbaijan, Iran, Turkey, Armenia and other countries, as well as representatives of a number of diplomatic missions.

Political analyst Anastasia Lavrina, who was one of the participants of the Forum from Azerbaijan, shared her impressions about the event with Eurasia Diary.

“The Forum itself is a good regular platform for discussing the most challenging issues of the broader South Caucasus and Black Sea regions. More than 50 speakers and about a hundred participants gathered together with government officials, ambassadors, scientists and experts to share the opinions and discuss the possibilities for future cooperation. At the same time, the Eastern Partnership (EaP) celebrates ten years and the participants addressed the strong and weak points of EU policy towards South Caucasus, its development into the future or the threat it may provoke.

However, I would say that the Forum itself was more concentrated on discussion of the issues around Russia-Georgia as well as Russia-Ukraine current relations, particularly Crimea crisis, conflict over South Ossetia and Abkhazia. Enlargement of NATO, USA-Russia military confrontation were mostly covered at the Forum. At the same time, to my mind, Armenia-Azerbaijan Nagorno-Karabakh conflict did not get enough attention. Moreover, the situation in the region was not analyzed and presented objectively.

First of all, while Russia-Georgia and Russia-Ukraine conflicts received widespread attention and were discussed many times, Armenia-Azerbaijan Nagorno-Karabakh conflict was mainly discussed only during the session 3 titled “Nagorno-Karabakh Conflict: A breakthrough possible?” Moreover, almost all speakers blamed Russia for its aggression against Georgia and Ukraine and called Russia as an occupant. In the case with Armenia-Azerbaijan Nagorno-Karabakh conflict, the speakers preferred not to call Armenia as an aggressor or occupant. The question about Armenian-Syrian refugees which are being settled by Armenia in Nagorno-Karabakh region was also ignored. Furthermore, during another session the question of why Armenia does not want to liberate the occupied territories of Azerbaijan has been removed from the online system where the participants could ask the questions publicly. In turn, the moderator asked to rephrase the question, since it is not correct. In my opinion, this is a true face of double-standard policy.

The session titled “Nagorno-Karabakh Conflict: A breakthrough possible?” was very provocative since the beginning as there was no one from Azerbaijani side among the panelists. My question was posted on the online platform of the event. I asked: “Why there is no speaker from Azerbaijan in the panel about Armenia-Azerbaijan Nagorno-Karabakh conflict? Do you think it is a fair approach?" Official representative of Stratpol interfered in the question-and-answer session and said that every year representatives from Azerbaijan and Armenia attended the session of the forum on the Nagorno-Karabakh conflict. He said that it was decided to make some changes in the format this year. Nevertheless, it is not true. Olesya Vartanyan, one of the panelists, who was presented as an expert dealing with the issues in the South Caucasus, including Armenia, has direct contacts with Armenians. Moreover, major parts of her statements were stated in support to official Armenian position on Nagorno-Karabakh conflict. In addition to that, the session was moderated by Joshua Kucera, a journalist who is always criticizing the situation in Azerbaijan and its foreign policy. The session started with the provocation when the moderator told that 25 years ago Armenia, Azerbaijan and Nagorno-Karabakh signed a ceasefire ending the conflict there. First of all, the conflict was not ended; secondly, the agreement was signed between the two parties of the conflict, not three. The moderator also spoke about 600,000 Azerbaijanis remained without homes as displaced from the territories which are under Armenian control – in reality, there are more than 1 million of refugees and IDPs appeared in Azerbaijan as a result of aggressive policy of Armenia against Azerbaijan. Almost 300,000 Azerbaijanis who used to live in Armenia were brutally deported in the end of 1980s. The panelists also mentioned that a prime-minister of Armenia Nikol Pashinyan has no relations with the separatists from Nagorno-Karabakh as well as Russia has no role in Armenia-Azerbaijan Nagorno-Karabakh conflict. Are you serious? Economic dependence of Armenia on Russia is undisputable. At the same time, Armenia has a total control over the political and economic development of Nagorno-Karabakh region. Moreover, Armenia continues to exploit the minerals and natural recourses on the territory of Nagorno-Karabakh and 7 other regions of Azerbaijan that are currently under the occupation.

Finally, it is necessary to mention that the session on Armenia-Azerbaijan Nagorno-Karabakh conflict was the only session where the participants were not given a chance to talk with a microphone and express their thoughts or questions in the end of the panelists’ speech.

Therefore, this is a real case of double-standards policy and unfair approach. It is a world-known factor that Armenia occupied Azerbaijani territory. It is also known that almost 1.2 million refugees and IDPs appeared in Azerbaijan and cannot go back to their lands. The 4 resolutions of the United Nations Security Council asking for an immediate and unconditional withdrawal of the Armenian Armed Forces from the occupied territory are still ignored by Armenia. It is very pity that despite all of these known factors, such a big and important event as 6th edition of the South Caucasus Security Forum is being used as a platform for propaganda of particular interests, instead of truth.”

Anastasia Lavrina is Azerbaijan born independent geopolitical and foreign policy researcher. She is also a political analyst and commentator on international development, security, energy and ecology. Anastasiya Lavrina has a broad experience while being actively involved in social, education and humanitarian work with civil society, media, refugees and IDPs. Work with refugees and IDPs in the war-affected regions of Azerbaijan in order to raise awareness about the problems they have as well as a deal with water management and public awareness, education, justice and governance are the key responsibilities of Lavrina.