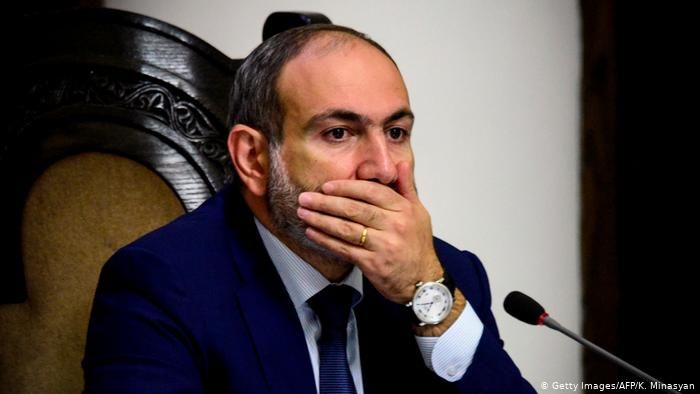 Armenia would face a new political crisis, Azerbaijani political analyst Elkhan Shahinoglu said to journalists during his visit to IEPF. The conflict between Pashinyan and Karabakh clan getting worse day by day. "During the visit to Nagorno Karabakh head of the separatist regime, Bako Saakyan told to Armenian PM Nikol Pashinyan openly to release former President of Armenia and Nagorno Karabakh Robert Kocharyan. Pashinyan attempted to change judges for keeping him in prison three times. But he failed to accomplish it. Judges considered that Pashinyan has no future but Kocharyan has," Elkhan Shahinoglu thinks.

According to the political analyst, Pashinyan attempted to reduce the influence of Karabakh clan by eliminating their members in the government. Having Karabakh and Moscow behind makes Kocharyan the most strong figure in politics. "Kocharyan will form third power inside Armenia, we shouldn't forget the impact of Karabakh clan in the army. Pashinyan failed to reduce Karabakh clan's power in the army. Military coup is another possible variant to overthrow Pashinyan," Shahinoglu stated.

Karabakh clan has such experience if we remember how they topple Levon Ter-Petrosyan. By performing such history, Karabakh clan will use its influence over the army to get their interests.

While answering the question about what Azerbaijan should, the analyst said that Azerbaijan has to follow political processes in Armenia.

"I dont mean we must wage war, because we have seen in April that how Moscow interfered it. Azerbaijan should follow the processes and somehow has to be able to turn conditions into its favor."

Elkhan Shahinoglu thinks that hard times is expecting Pashinyan because he didn't realize what he promised.

"Pashinyan formed the democracy, we should accept that he won December election in a democratic way. But If he couldn't keep power in his hands, I don't exclude that he will use his power as an authoritarian. It reminds us of what Levon Ter-Petrosyan did. He won the second term by using his power, but he lost it to Karabakh clan," the political analyst said. According to Elkhan Shahinoglu, the tensions between Karabakh clan and Pashinyan will lead that separatist will obey the instructions by Moscow not Yerevan unlike in Kocharyan period.

"Currently, one of the main issues is elections in Nagorno Karabakh. I don't think that Pashinyan's supporter has a chance to win. Kocharyan target is not Karabakh but Armenia. We should get into attention that Pashiyan is weak in many sides like army and court. It is a good condition for Kocharyan," Elkhan Shahinoglu concluded.

The contradiction between two sides doesn't exclude the possibility of the next revolution or political crisis.