Is there any point in replacing the OSCE Minsk Group with another diplomatic mechanism? - The explanation by Azerbaijani expert
Read: 516 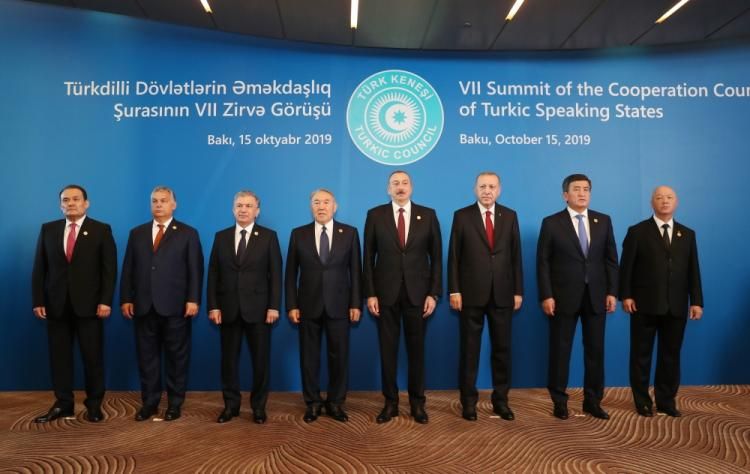 The solidarity between the Turkic states at the Turkic Council Summit in Baku on October 15 shows that the factor of the Turkish Union has already become a reality.
After this meeting, speculation about a new economic project was spread among Turkic-speaking countries. In fact, it's natural. Thus, besides Turkey and Hungary, other Turkic countries are rich in natural resources and there is a high probability that a new economic platform will be formed between these countries.
If the topic is energy, we considered it appropriate to take an interview from a consultant of the Gulf Countries Analytical Center, South Azerbaijani origin Dr. Umud Shukriyye, and here are the exclusive comments from the expert for Eurasia Diary on the given subject.
According him the Turkish Council is very likely to turn into a regional power:
“Today, regional alliances are already playing a more active and more serious role in international relations. The Turkic Council, a union of Central Asian and Turkic countries, has a similar opportunity. The Turkic-speaking states can solve many problems both within the region and among themselves by working more closely within the organization. The Turkic Council plays an important role in terms of increasing trade between member states and the more effective impact of Turkish states on the political and economic processes in their regions. The fact that most council members have rich energy resources can, of course, make a spatial mission of the member states to discuss new energy projects. Turkey is also a country that needs the most energy resources in the Turkish Council, which now treats the Turkish Council as a more serious organization and wants the organization to become a single integration center. The expert also praised the intention of the famous US oil company Chevron to sell its stake in the Caspian sea and to replace oil companies in Hungary:
“Hungarian energy companies have more technical and financial problems than other European companies. Therefore, Hungarian companies may not be able to compete with the energy competition in the Caspian. It should be taken into account that many large energy companies in the Caspian sea are sacked. Companies such as Total, Chevron, Exxon Mobile and BP still hold an important stake in the energy production in the Caspian sea. Hungarian companies are weak and inadequate compared to these companies. It may be that Hungarian companies are becoming a shareholder in the energy production of the Caspian, but Chevron's move is unlikely. ”
Umud Shukri also spoke about the prospects for the Trans-Caspian project, which has been the subject of extensive discussions in recent years and has been the cornerstone of the Economic Turan:
"A convention was signed 20 years ago at the Caspian littoral summit in Aktau, Kazakhstan last August. The signing of this convention was crucial for the implementation of strategic projects such as Trans-Caspian in the region. But at the same time, this convention contains the consent of the Caspian littoral states in the Trans-Caspian and other Caspian projects. Therefore, the implementation of the Trans-Caspian project requires the approval of Caspian states such as Russia and Iran. One of the key states here is Turkmenistan. Turkmenistan sells most of its gas to China. How much is this country interested in diverting its natural gas to other markets? The answer to this question is only in Ashgabat. ”
by Nijat ISMAYILOV