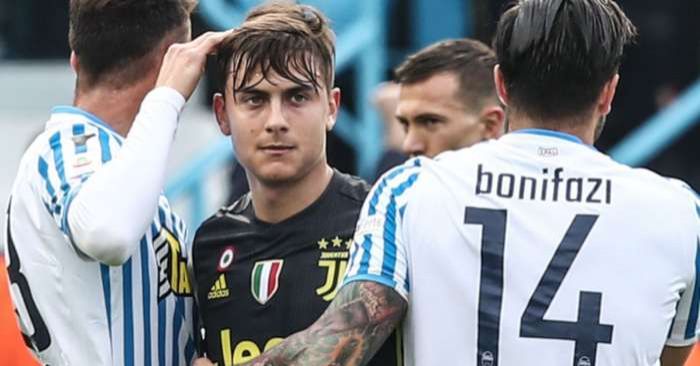 United have been linked with a move for Dybala over the last couple of months as a replacement for Romelu Lukaku if he leaves Old Trafford.

Reports in March claimed United had ‘enquired about how much it would cost’ to sign Dybala and had been ‘earmarked by the United hierarchy as the man to take Ole Gunnar Solskjaer’s men to the next step’.

Since then he has been linked with an unlikely swap deal involving Mohamed Salah at Liverpool – but the Egyptian’s value to Liverpool far outweighs that of Dybala’s to Juventus.

“He needs a change, he was very much at ease in Italy but now he is no longer.

“Let’s say that Paulo is no longer at ease and happy, as many other Juventus players are no longer well.

“He is not the only one who will leave. Problem with Ronaldo? No, off the field there is no problem with Cristiano. The problems are on the field: Paulo is young, he has to play.”