Russian scientists have found a major weakness of the coronavirus
Read: 702

The first stage of tactical exercises continues with the participation of units of the Land Forces - VIDEO
Read: 588 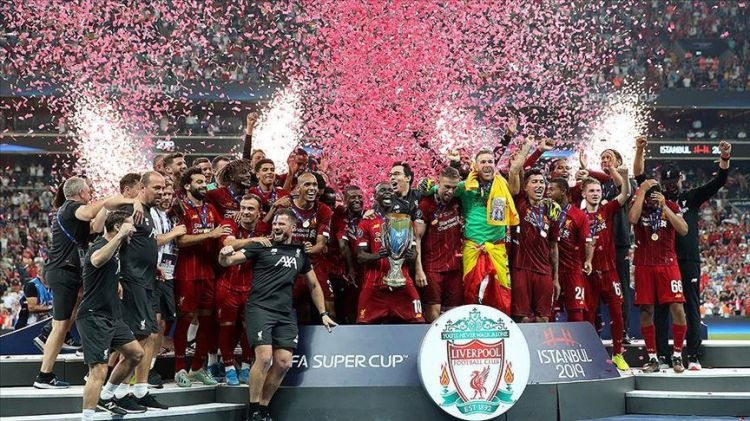 Liverpool captured the 2019 UEFA Super Cup late Wednesday at Istanbul's Vodafone Park Stadium after beating Chelsea 5-4 on penalties.
The all-English final, which featured 2019 Champions League winner Liverpool and 2019 Europa League winner Chelsea, saw a hard-fought competition throughout.
Chelsea's French forward Olivier Giroud gave his team the lead in the 36th minute.
But Liverpool picked up their tempo as winger Sadio Mane equalized three minutes into the second half.
With the score at 1-1 at the end of regular time, the match went into extra time.
Mane found the net again to put Liverpool in front 2-1 in the 95th minute.
In the 101st minute, Chelsea midfielder Jorginho pushed a penalty kick in for his team, and the game went to penalties.
The penalty shootout saw Roberto Firmino, Fabinho, Divock Origi, Trent Alexander-Arnold and Mohammed Salah making no mistakes from the spot for Liverpool.
For Chelsea, Jorginho, Ross Barkley, Mason Mount and Emerson found the net four times in a row.
But Chelsea's young forward Tammy Abraham missed the decisive penalty and Liverpool won 5-4 on penalties, lifting the 2019 UEFA Super Cup.
Liverpool captain Jordan Henderson received the cup on the podium from Ali Turganbekov, a Kazakh boy born without legs.
French referee Stephanie Frappart officiated the game and became the first female referee ever to take charge of the major men's European match at the UEFA Super Cup clash.
After the game, Liverpool wrote ''We love Istanbul'' on Twitter, as the Reds won their second European Cup in Istanbul with this victory.
In the May 25, 2005 Champions League final, Liverpool faced Serie A giants Milan to win the top-tier European trophy in Istanbul at Ataturk Olympic Stadium.
At the end of the first half, Milan dominated the match 3-0. In the second half, Liverpool scored three goals in an impressive comeback, tying the game.
The Reds lifted the Champions League trophy after beating Milan 3-2 on penalties in another historic night for the English club.
Istanbul also hosted the 2009 UEFA Cup final between Ukraine's Shakhtar Donetsk and German club Werder Bremen, with Donetsk capturing the cup in a 2-1 match.
In addition, the 2020 UEFA Champions League final will be played in Istanbul at Ataturk Olympic Stadium on May 30.
Writing by Muhammed Enes Calli
Anadolu Agency