'He can be captain of a big club' - Solskjaer backs Harry Maguire to become Manchester United captain | Eurasia Diary - ednews.net 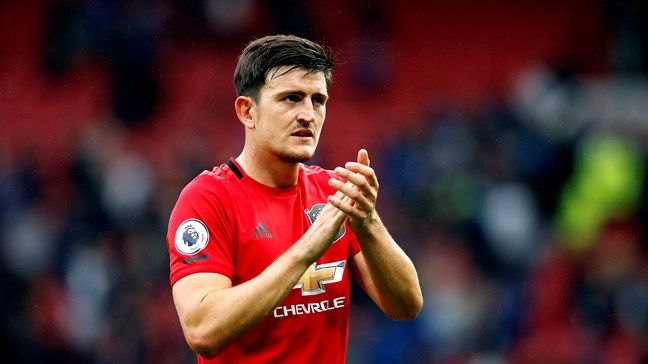 Ole Gunnar Solskjaer has backed Harry Maguire to be a future Manchester United captain as the England defender prepares to face his old club Leicester for the first time since his £80million move to Old Trafford, Daily Mail reports.

Maguire will line up against Brendan Rodgers’s side on Saturday after making an impressive start to life at United, and Solskjaer says the Yorkshireman has already shown his leadership credentials.

‘He’s a definitely a character and personality that can be captain of a big club,’ said the United boss. ‘In the dressing-room he’s a leader both by performances, stature and behaviour. He's a character you'd like to follow. Some are technical leaders, some are leaders by voice, he's got the lot.

‘I think he's been brilliant. He's come into the dressing-room and been a leader. I’m sure he’s looking forward to playing against his old team. He's going to be a big part of the future of this club.

‘We've watched him enough to know he's the guy we wanted. That's why we spent the money we did on him. Leicester didn't want to lose him.’

United face Leicester desperately in need of a win after making their worst start to a season since 1993. The open-day victory over Chelsea has been followed by a defeat to Crystal Palace and draws with Wolves and Southampton.

‘Leicester is always a tough game, as a team, a club wanting to push into the top four,’ added Solskjaer. ‘They've got good players, a good manager, a proven top manager. Brendan's teams always play with football and we've got to play well to get the three points.’