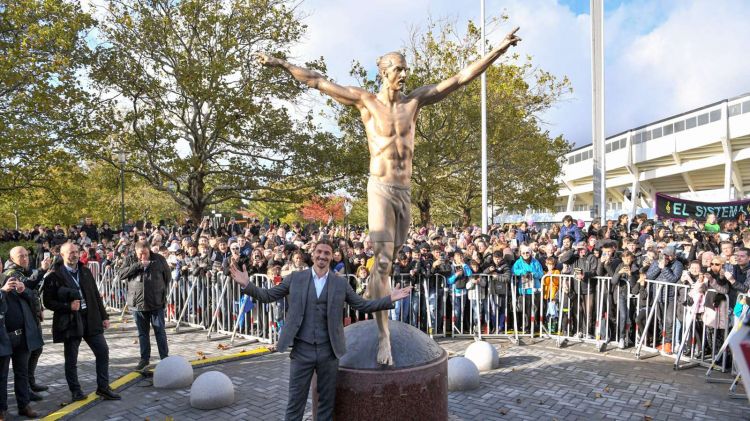 Zlatan Ibrahimovic helped to unveil his own shirtless statue in Malmo on Tuesday, Goal.com reports.

The LA Galaxy star has been immortalised in a striking bronze monument near Malmo's stadium, where he began his professional career in 1999.

The 38-year-old posted a picture on Twitter showing him alongside the work and surrounded by crowds of fans, with the caption: "We are Zweden!!!"