Russian T-14 Armata tank could be transformed into nuclear weapon - US
Read: 990

China responds to US sanctions over Xinjiang
Read: 386

Thousands cheer for their team from the stands as Iran becomes the last country to lift a ban on women at football games. 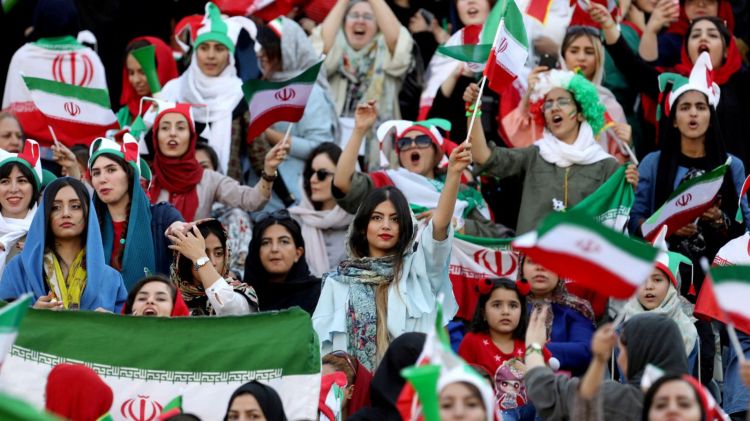 Thousands of Iranian women have been allowed to attend a football match in their country for the first time in decades, Sky News reports.

The World Cup qualifier against Cambodia was attended by women who had previously only been able to watch their team in person overseas or on television.

The women were allocated only 4,000 tickets at Tehran's Azadi Stadium, which holds around 80,000 people.

They sat at least 200 metres from the small crowd of men attending at the match, watched by 150 female security guards in black chadors.

It came after the lifting of a ban on women attending the games that had been in force since 1981, soon after the country's Islamic Revolution.