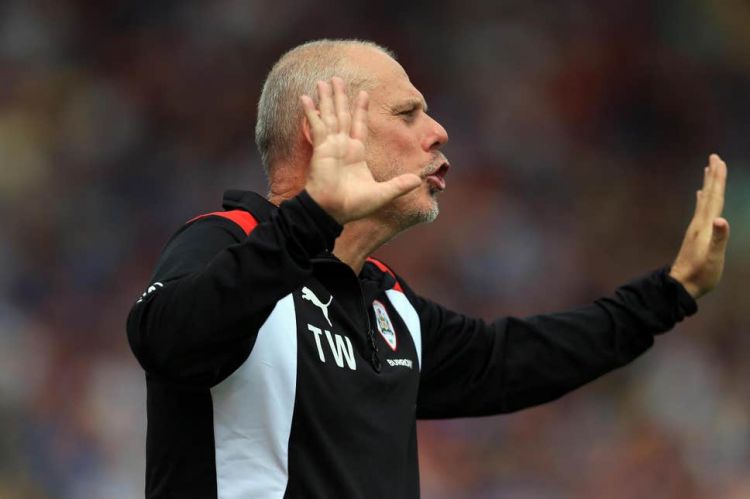 The former assistant head coach of Barnsley Football Club took a bribe of £5,000 to leak commercial information about club players, a court has heard.
Tommy Wright was allegedly handed the envelope of cash during an undercover investigation by a national newspaper.
Mr Wright, along with football agent Dax Price, 47, from Sittingbourne, and Giuseppe Pagliara, 62, from Manchester, deny two counts of bribery
It was the first day of the three men's trial at Southwark Crown Court.
The men jointly deny two counts of paying and facilitating a bribe in contravention to the Bribery Act 2000
Prosecutor Brian O'Neill QC said the three were caught up in an extensive investigation by the Daily Telegraph, which "published a number of exposes of alleged corruption in English football" in September 2016.
Mr O'Neill said "the most high-profile casualty" of the work was then-England manager Sam Allardyce, who had to resign from his role.
The court heard that undercover journalist Claire Newell, using the pseudonym Claire Taylor, posed as a representative of a fake sports management company called Meiran, and contacted Mr Pagliara in May 2016 pretending to want to invest in football players in the UK.
Mr O'Neill explained, across a series of meetings, emails and texts, that Mr Pagliara, originally from Genoa in Italy, and Mr Price allegedly proposed schemes which saw them becoming players' agents, buying them and placing them at clubs.
They would maintain ownership of a player, and profit from his onward sale, which Mr O'Neill said was "all to be facilitated by bribery".
The court was told that such "third-party ownership" set-ups were banned by the English Football Association (FA) in 2009 and by Fifa, the football world-governing body, in 2015.
In August 2016, when all three defendants were present, Mr O'Neill said Mr Wright received "an envelope containing £5,000 in cash" in return for "commercial information about Barnsley FC's players".
The case continues...