Prof. NS. Shenocak - cruelty of some EU states is against the Charter of Human Rights and should be condemned
Read: 829

Bayern can count on disastrous Dortmund, and Robert Lewandowski 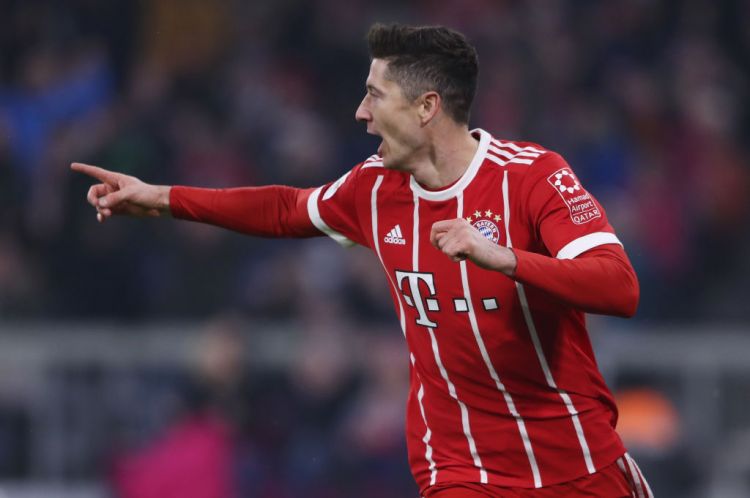 Even in a season of upheaval for Bayern Munich, DW's Matt Ford says two things remain constant. Borussia Dortmund seemingly can't even put up a fight on the road in Munich, and Robert Lewandowski torments his old club, Eurasia Diary reports citing DW.

A departing club president, an interim coach, inconsistent performances, a makeshift defense, a squad in transition and allegations of player power; there is a great deal of uncertainty around Bayern Munich these days.
Fortunately, no matter how bad things get, there are two constants that the Bavarians can always count on: Borussia Dortmund surrendering in Munich and Robert Lewandowski scoring goals.
Read more:  Bayern’s humiliation of Dortmund shows the value of change
Just one week after the dismissal of Niko Kovac, the Bundesliga fixture list handed interim boss Hansi Flick a debut league game in which comfortable Bayern victories are as good as certain these days. After 2-1, 5-1, 4-1, 6-0 and 5-0 victories in the previous five editions of this fixture, Bayern added a 4-0 win in Saturday evening's so-called German "Klassiker" – a moniker which is slowly becoming ridiculous.
But even more remarkable than the predictability of a Black and Yellow collapse in the Allianz Arena is the consistency of Lewandowski this season. The statistics are frankly unbelievable:
The Polish hit-man has found the net at least once in every single game this season in all competitions (except Bochum in the cup), including each of Bayern's first 11 Bundesliga games — a league record.
His record against Dortmund is particularly impressive, his brace on Saturday making it 14 league goals against his former club. Add the one goal he scored as a Dortmund player against Bayern and it's 15 – a record in this fixture after he overtook Gerd Müller's 13.
And yet Lewandowski's importance to Bayern Munich goes beyond his goal-scoring exploits; he is just as consistent in his demands for perfection as well.
When Bayern were beginning their search for long-term replacements for Arjen Robben and Franck Ribery, it was Lewandowski who publicly demanded big names and top quality to match his own expectations.
Even when many of his teammates, particularly some of the more experienced members of the squad, were critical of Niko Kovac's training and tactics and appeared to down tools and turn against their coach, Lewandowski kept his thoughts to himself and kept doing the business on the pitch. He even scored the consolation in the 5-1 defeat in Frankfurt last week, a determined solo effort which embodied his insatiable hunger for success.
In the coming months, there are big decisions to be made in Munich regarding the head coach, the club president, the chief executive and the future make-up of the first team squad.
But even in such a period of uncertainty, Bayern will always be able to count on Dortmund demolitions and a Pole in front of goal.