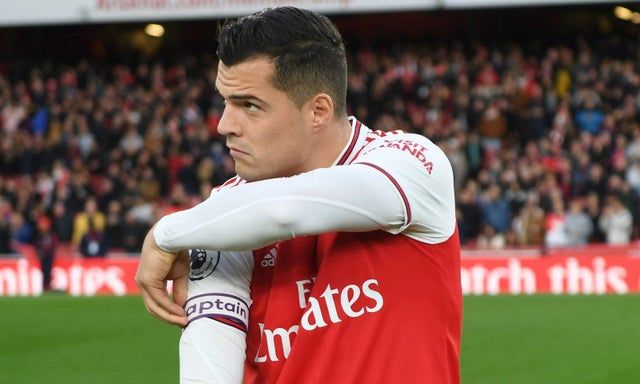 The former Gunners skipper has expressed his sympathies for a man recently stripped of the armband, Eurasia Diary reports citing Goal.com.

Former Arsenal captain Patrick Vieira admits he feels sorry for Granit Xhaka and backed the midfielder to bounce back from recent drama.

Xhaka was stripped of the Gunners captaincy after reacting angry to Arsenal fans last month, with coach Unai Emery conceding his future at the Emirates is now uncertain.

While many have criticised Xhaka for his behaviour, Vieira sympathised with the Switzerland international, stressing he deserves more respect than what he's been getting.

“I think we have to remind ourselves that he’s achieved a lot since he’s at Arsenal and he deserves a lot of respect."

Vieira spent the majority of his playing career with the Gunners but also went on to enjoy stints with Juventus, Inter Milan and Manchester City.