Scientists share images of gorgeous meteoroid explosion on the surface of Jupiter
Read: 1749

What is an attitude of Armenians to making Russian second official language in Karabakh? - Expert comments
Read: 423

Frank Lampard explains how relationship with Jose Mourinho has changed 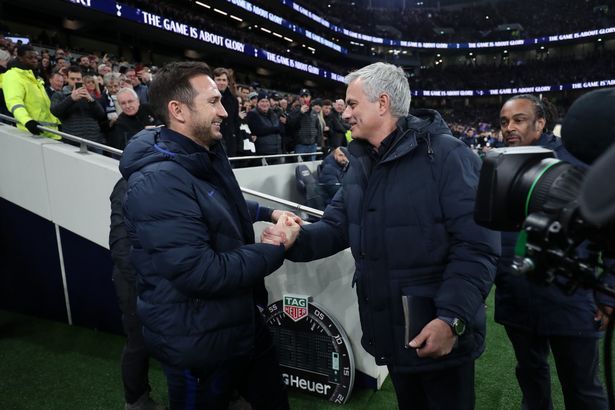 Chelsea manager Frank Lampard admits his relationship with former boss Jose Mourinho has changed since he was a player - but insists his move to Tottenham has had no impact, Eurasia Diary reports citing

Mourinho will head to Stamford Bridge as Spurs boss for the first time today (Saturday, 12:30) as he faces a touchline battle with former player Lampard.

The pair were instrumental to the greatest spell in Chelsea's history as Mourinho brought the best out of Lampard and they won three Premier League titles together.

Lampard has outlined how the relationship between the two changed when he hung up his boots and joined Mourinho in management.

But he is adamant his decision to manage Chelsea's local rivals has not changed their respect for one another.

Lampard said: "No, our relationship after working together, I was a player and he was a manager obviously, it changes.

"It changes, once that happens and I move on it changes. It has not changed in any way [since].

"I wished him well and he wished me well when I got the job so no we are very amicable and respectful of each other. We just want our teams to win.

"I’ve been up against him twice as a manager. I’ve got huge respect for him and I’ve just been caught up in the idea of how we’re going to win this game.

"He’s a manager who is hugely talented. His medals and trophies speak for themselves.

"I’ve got respect for him but I’m not considering as much the personal and individual battle between me and him. I’m just trying to get my team out there to win the game."

Mourinho, meanwhile, claimed it is not special coming up against Lampard on the touchline.

He said: "Seeing him is always nice, if I meet him in the street, a restaurant or in the corridor of a football stadium.

"Even as an opponent it's always nice to see him, but not special to play against his team.

"It's not against him. It's my team against his team, not special."