daily news
Armenia should put an end to the illegal deployment of its armed forces on the Azerbaijani territory - MFA
Azerbaijan, Russia, Armenia working group on Nagorno-Karabakh to hold a meeting on March 1
LeBron James responds to Zlatan Ibrahimovic on politics
Juno mission extended - will now study Jupiter’s moons and rings
Secrets of the Red Planet - Perseverance Rover takes Its first HD panorama of Mars
Ukraine waiting for reaction of partner countries, intl organizations to shelling in Donbas on Feb 26
In the Caspian Region, China is just getting started
Which scenario in Armenia is best for Turkey, Azerbaijan?
﻿

Khojaly genocide is commemorated in Azerbaijan - Tragedy of century
Read: 576

Nikol Pashinyan will be forced to flee - the expert does not consider the decision of the General Staff spontaneous
Read: 494 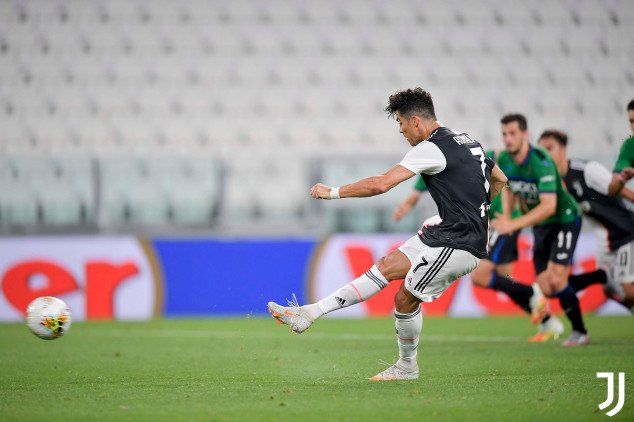 Cristiano Ronaldo has landed yet another career milestone with his goal contribution for Juventus in Saturday's draw with Atalanta. The 35-year-old Portuguese superstar converted two penalties to earn a point for the Bianconeri who fell behind on two separate occasions in the encounter, EDNews.net reports citing Live Soccer TV.

It was yet another tough experience for the champions in their clash with Gian Piero Gasparini's men who came into the day's meeting on the back of a remarkable nine-game winning run. To highlight their domineering campaign, the latter opened the scoring in the 19th minutes via Duvan Zapata.

After entering the half-time break with the record of not losing any of their last 30 home games against Atalanta almost vanquished, Juventus benefited from a handball decision against De Roon to restore parity through a spot-kick. Cristiano Ronaldo stepped up to do the honours, becoming the first player to score or assist in 18 consecutive Series A matches. His tally at that point stood at 23 goals and five assists.

With less than 10 minutes left to play, Juve were dealt another scare after substitutes Lucas Muriel and Ruslan Malinovsky combined to score Atalanta's second of the night. But dream of reaching the promise land was not achieved after the Old Lady secured another penalty and had the attempt converted by Ronaldo in the 90th-minute.

The former Real Madrid ace has now scored 11 penalties this season, - the most managed by any player across Europe's top-five leagues. Even more importantly, he has now scored or assisted against every single team he has faced this season.