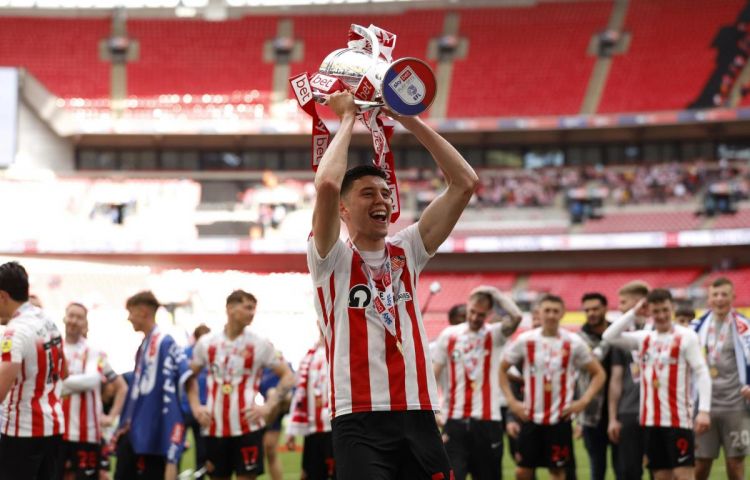 ANDY HALLIDAY reckons Sunderland striker Ross Stewart has more than earned a move to Rangers, with the Ibrox club reportedly interested.
The former Ross County man banged in 26 goals during Sunderland's promotion push this season, which resulted in a Wembley play-off win over Wycombe.
Stewart's form has caught the eye and reports have suggested that Rangers are eyeing a move for the Scotland international.
Former Ibrox hero Halliday reckons the 25-year-old would be a perfect addition to Giovanni van Bronckhorst's side and he insists he has earned the move if it comes to fruition.
Halliday told Grosvenor Sport: "People will be taking notice of Ross Stewart because of how well he's done this season - I think his career has been fascinating.
"The success that Sunderland have had this season has been down to him and he deserves to be linked with clubs like Rangers.
"I don't see any doubt whatsoever that he's earned his move if a move does come along and I'm sure he'd be a good signing for anyone with the goal record he has."