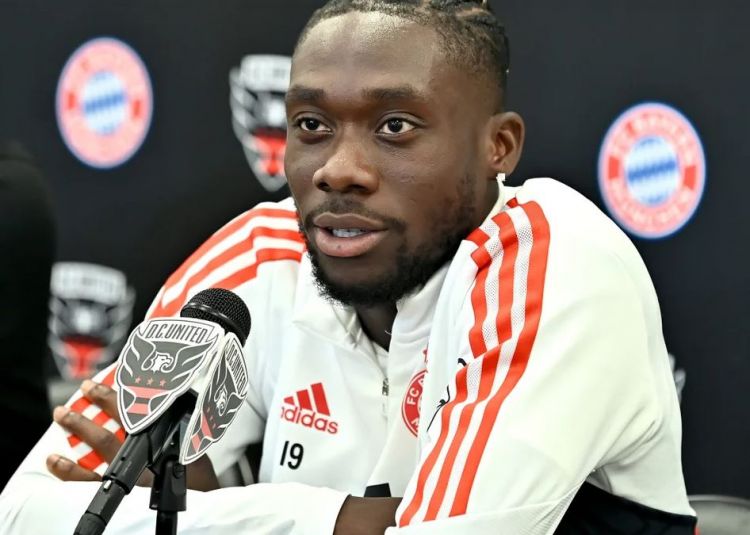 Bayern Munich full-back Alphonso Davies has signalled that the signings of Sadio Mane and Matthijs De Ligt will fire the German champions to more success.
Mane moved from Liverpool this summer to strengthen Bayern's attack, while Netherlands international De Ligt joined from Juventus to add more star power to their defence.
Bayern are currently on a US tour as part of their preparations for the 2022/23 season, from where Davies highlighted the significance of the latest arrivals.
"Having those two players on the team really motivates us, because they're big talents coming in," Davies said when speaking to the media in Washington ahead of Thursday's friendly against DC United.
"Obviously Mane has won the Champions League as well, and De Ligt is a young player hungry to win more trophies. We're just happy to have them on the team."
Usually the fastest player at Bayern, Davies has competition for that title now that Senegalese star Mane is in town. The Canada international says it's a score that hasn't yet been settled.
"I think so," Davies said when asked whether Mane is faster than him. "I don't know - we haven't raced!
"Sadio's a good player. You see everything he does on the pitch - a great player. As a person as well, he's very humble and down to earth. He sits next to me in the locker room so we talk a lot. He's just an outgoing guy, and you can tell that he's a hard worker as well."
Mane will help compensate for the departure of Polish striker Robert Lewandowski, who has left Munich for Barcelona. Davies believes the new Bayern No. 17 can be just as dangerous.
"The player that was playing up top, Lewandowski, he's a goal machine," said the 2021 CONCACAF Player of the Year. "You find him in the box, he just finishes everything. He's a big presence up top.
"But nothing really changes - it's just replacing a very important piece with another important piece. So whoever plays up there - whether it's Sadio or whoever it is - we try to feed them the ball.
"We know Sadio is not as big as Lewandowski but he has his strength to hold up the ball, make plays. He's definitely quicker than Lewy so balls in behind - that's a little bit new for the wingers and stuff like that. We're happy to have him here, with the pace and power he has."
While Mane is set to torment Bundesliga defenders, De Ligt has the ability to keep some of the league's best attackers quiet. The 22-year-old has won league titles in both the Netherlands and Italy, and he was captain of a stylish young Ajax side that went on a thrilling run to the 2018/19 UEFA Champions League semi-finals.