Family requested privacy, no further details will be released in accordance with their wishes, say organizers 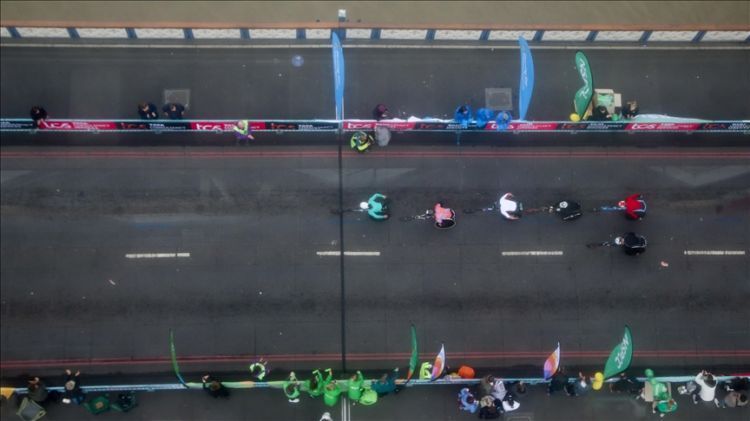 A runner who was hospitalized after collapsing in the London Marathon has died, the organizers confirmed on Monday.
"A 36-year-old man from South East England collapsed between mile 23 and 24 and, although he received immediate medical treatment and an ambulance was on the scene within three minutes, he died later in hospital," the London Marathon said in a statement.
They also said the family requested privacy, adding "no further details will be released in accordance with their wishes."
The cause of death will be established later through medical tests, the organizers added.