Unknown fighter jets tried to attack the Russian air base in Syria
Read: 916

After returning from Khojaly, I started drinking... - British journalist: We sympathized with the Armenians
Read: 342 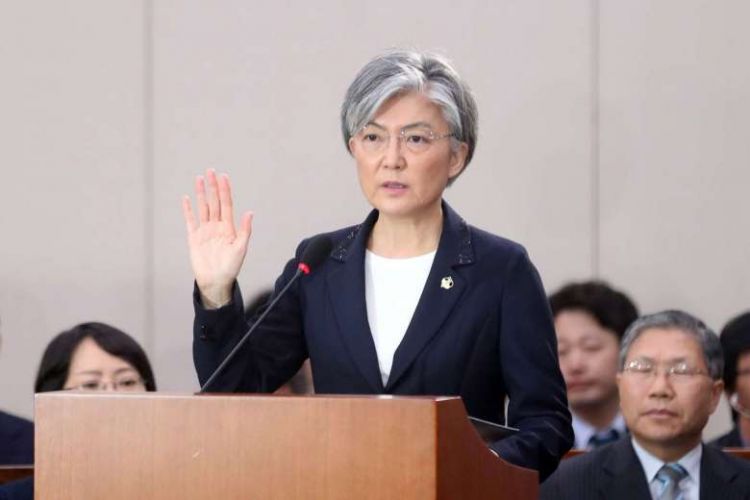 Her appointment comes less than two weeks before Moon's first trip to the US for a summit with President Donald Trump as fears grow over Pyongyang's weapons programme.

The isolated regime has staged a series of missile launches this year, defying global pressure and triggering tightened UN sanctions.

Kang served at the South's foreign ministry for years before joining the UN.

Her diplomatic experience will help the South navigate tricky waters and tackle sensitive issues with its allies and neighbours, Moon's office said earlier.

Moon, a centre-left politician who took office after the ouster of impeached president Park Geun Hye, has advocated dialogue with the North to bring it to the negotiating table in a break from his conservative predecessors who took a hardline stance against Pyongyang.

Ties with the US have also come under strain recently over a controversial deployment of a US anti-missile system in the South that soured relations with China, which sees it as a threat.

The South under Park agreed last year to install the Terminal High-Altitude Area Defence (Thaad) system to guard against threats from the North, prompting Beijing to deploy informal economic sanctions against South Korean businesses in April.

Officially, the delay is to allow for a new, comprehensive environmental impact assessment, but analysts say the move is a strategic delay by Moon to dodge the tricky diplomatic situation he inherited. (SBS)