Theresa May ‘in tears’ as she is forced to say when she will quit | Eurasia Diary - ednews.net

Pentagon says about 14 Russian-made warplanes could be on Libya’s territory
Read: 1016 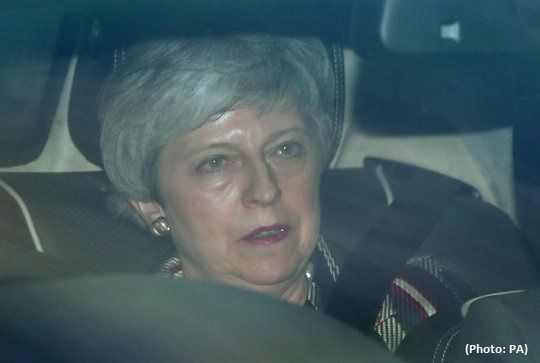 Theresa May was said to have had tears in her eyes as she was told MPs have run out of patience for her to announce her departure date.

The British Prime Minister has been fighting to keep her Brexit deal alive and prolong her position, but her grip on power has weakened.

She has been told she must go by June 30 at the latest so that the Tories can hold a leadership election.

In an interview with Austrian paper Der Standard, he said: ‘I think it is an incomprehensible error on my part that I did not intervene in the Brexit campaign owing to British wishes.

'So many lies were told, so many of the consequences of a ‘no’ were misrepresented, we as a commission should have spoken up.’