Award of 2022 World Cup to Qatar caused arrest of Platini 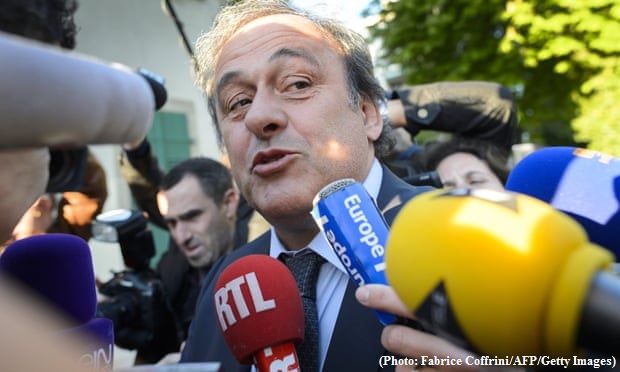 The banned former Uefa president and France football legend Michel Platini has been detained in connection with a criminal investigation into alleged corruption relating to Fifa’s decision to host the 2022 World Cup in Qatar, French justice sources have confirmed. Platini’s detention was first reported by the news website Mediapart on Tuesday morning, with Claude Gueant, the former secretary general of the Élysée Palace under the presidency of Nicolas Sarkozy, also being interviewed as a “free suspect”.

The arrest of Platini represents the first substantial public move in an investigation into the Qatar decision opened two years ago by France’s Parquet National Financier, which is responsible for law enforcement against serious financial crime, The Guardian reports.

Platini has acknowledged publicly that in November 2010, just a month before the Fifa vote on the 2018 and 2022 World Cup hosts, he had lunch at the Élysée Palace with Sarkozy and Tamim bin Hamad Al Thani, now the emir of Qatar. It was made clear, he has said, that Sarkozy, who was seeking huge trade contracts with Qatar, wanted Platini to wield his Fifa vote and influence at Uefa in favour of Qatar for the 2022 tournament.

Platini did vote for Qatar, a vote, with others at Uefa, which the then Fifa president Sepp Blatter has always said were crucial to sending the tournament to Qatar rather than his preference, the USA. After the award, Qatar Airways ordered 50 French-made A320 neo-family planes made by Airbus, and QSI bought and mega-funded Paris Saint-Germain, the club Sarkozy supports.