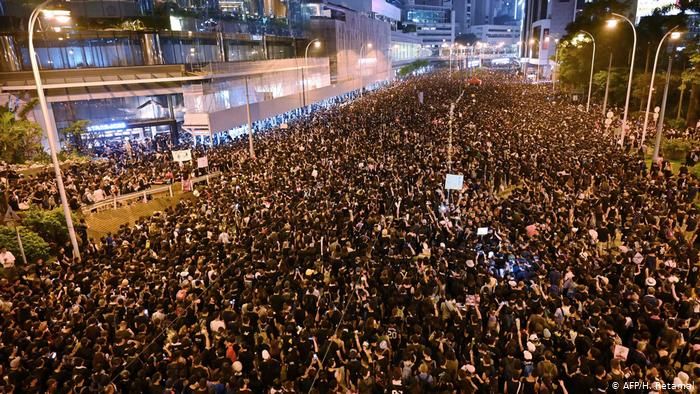 Police in Hong Kong removed barricades early on Saturday morning while staff were able to go home, after more than a 15-hour blockade. But it was unclear whether further mass protests would take place.

Only a few hundred protesters remained out of the thousands who set up roadblocks and trapped vehicles outside the police headquarters on Friday, protesting against an unpopular extradition bill.

Millions of people, fearing an erosion of their freedoms, have clogged the streets of the Asian financial centre this month to rally against the bill, which would allow people to be extradited to the mainland to face trial in courts controlled by the Communist Party.

"Never surrender," echoed through the streets as the protesters chanted near police headquarters and called on police chief Stephen Lo to step down.

"Police have shown the greatest tolerance to the protesters...but their means of expressing views have become illegal, irrational and unreasonable. Police will stringently follow up on these illegal activities."