More than a million people have been evacuated amid torrential rain in southern Japan. The swift response comes a year after authorities were criticized for a slow reaction to landslides that killed over 200 people. 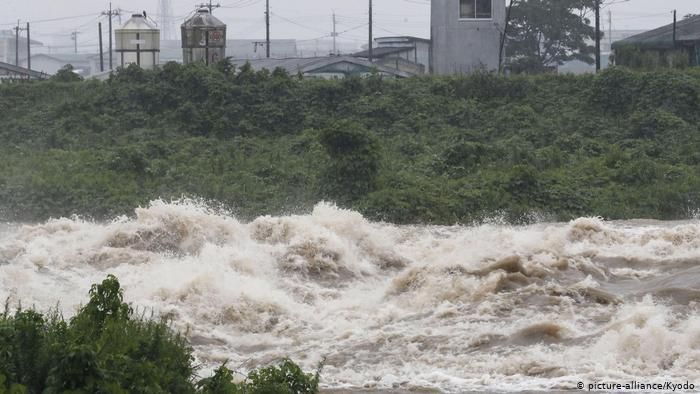 Japan evacuated more than a million people from its southernmost main island of Kyushu  as torrential rains triggered landslides and concerns for widespread flooding.

A woman in her 80s was unaccounted for in the city of Soo in Kagoshima prefecture after her house was buried by a landslide on Thursday morning.

More rain is expected to hit wider regions of the country, including Tokyo, on Thursday.

People affected in Kagoshima and Miyazaki prefectures were brought to emergency shelters and higher ground after over 1,000 mm (39.4 inches) of rain pummeled the area since Friday. A further 300 mm is expected to fall on the island by Thursday evening.

That amount is usually as much rainfall as the island gets in the whole of July, according to Japanese broadcaster NHK.

Apart from those obliged to evacuate, a further 930,000 were advised to leave their homes.

The rains have killed at least one person, an elderly woman who was caught in a landslide on Friday.

Some 14,000 troops have been placed at the ready for necessary rescue work.

Tokyo's swift response comes a year after Prime Minister Shinzo Abe was criticized for having failed to adequately prepare for landslides triggered by heavy rains that killed more than 200 people.