Ministers of Iran, Azerbaijan, Russia and Turkey sign an agreement

A meeting was held in Tehran with the participation of the ministers of communications and information technologies of Iran, Azerbaijan, Russia and Turkey 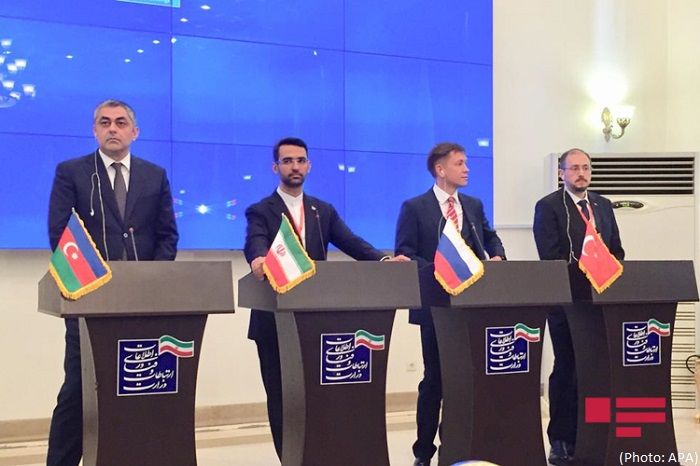 The Iranian minister positively assessed the meeting and noted that over the past year, stable relations have been established with the ministers of communications and information technology of three countries: “Our goal is to create a common market in the digital economy, since most of the global economy is built on a digital economy.”

The Minister noted that at the first meeting in Baku, an agreement was reached on the creation of a Center in the field of innovation and creativity, and this center has almost been formed: “At today's meeting, an agreement was reached on the establishment of a special committee to form the Innovation Support Center. Our goal is to create a serious information technology market in the region. ”

During the meeting, the ministers signed an agreement.

It should be noted that the ministers will also take part in the meeting "Smart Event", which will be held today in Tehran with the participation of Iranian President Hassan Rouhani.