Future generations of heroic people will not turn away from this honorable path - We proudly commemorate January 20 martyrs - PHOTOS
Read: 423

'We will always stand by Turkish Cypriots and protect their interests,' says vice president 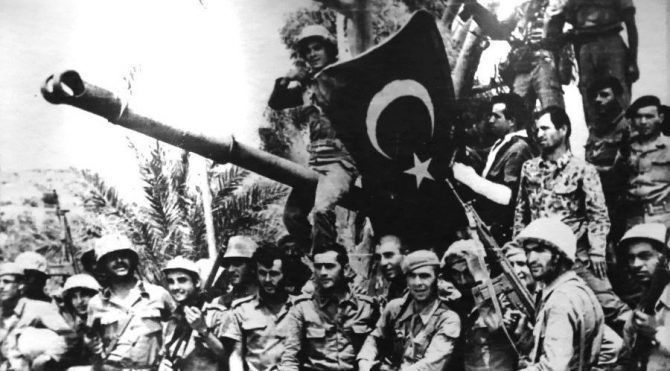 Turkey’s vice president marked the 45th anniversary of the country’s peace operation on the island of Cyprus on Saturday, Anadolu Agency says.

“Happy 45th anniversary of Cyprus Peace Operation, which brought peace to the island of Cyprus and ended the cruelty against our brothers and sisters,” Fuat Oktay wrote on Twitter.

Remembering both martyrs and veterans, Oktay said: “We will always stand by Turkish Cypriots and protect their benefits.”

July 20 Peace and Freedom Day in the Turkish Republic of Northern Cyprus commemorates Turkey’s Cyprus Peace Operation - a huge military intervention to protect Turkish Cypriots from the violence which struck the island in 1974.