There is no power structure in the world that can deal with issue of this scale - Armenia PM to people
Read: 399

'US is trying to settle score with China' - Russian Diplomat slams US attempt of bringing up Hong Kong at UNSC
Read: 375 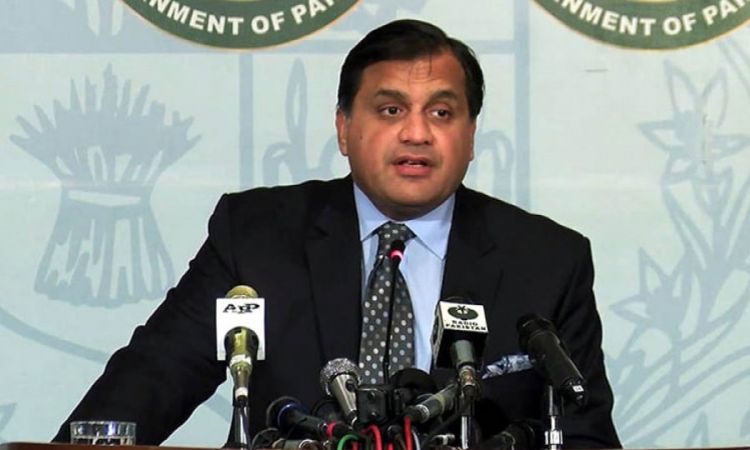 The Foreign Office (FO) on Tuesday summoned Indian Deputy High Commissioner Gaurav Ahluwalia to record a strong protest against the "unprovoked ceasefire violations" by Indian forces along the Line of Control (LoC) on October 6 and 7.

An elderly woman had died and three other civilians had sustained injuries in the firing in Chirikot sector along the de facto border.

According to the statement, Dr Faisal urged the Indian side to respect the 2003 ceasefire arrangement; investigate these and other incidents of ceasefire violations; instruct the Indian forces to respect the ceasefire in letter and spirit and maintain peace on the LoC and the Working Boundary.

India should permit the United Nations Military Observers Group for India and Pakistan (UNMOGIP) to play its mandated role as per the UN Security Council resolutions, he added.

According to the press release, due to "indiscriminate and unprovoked firing" by Indian army in Chirikot sector of the LoC, an elderly lady named Nazira Begum, 69, a resident of village Kakuta, died while three other civilians, Manzoor, 43, Jamil, 40, and Mushtaq, 46 — all residents of village Kakuta — sustained serious injuries.

The FO said that the Indian forces along the LoC and Working Boundary have continuously been targeting civilian populated areas with artillery fire, heavy-calibre mortars, and automatic weapons.

The FO warned that the ceasefire violations by India are a threat to regional peace and security and may lead to "a strategic miscalculation".