Peace, prosperity and stability in Azerbaijan is significant for the true realization of international projects and UN 2030 Agenda - Qaiser Nawab
Read: 719 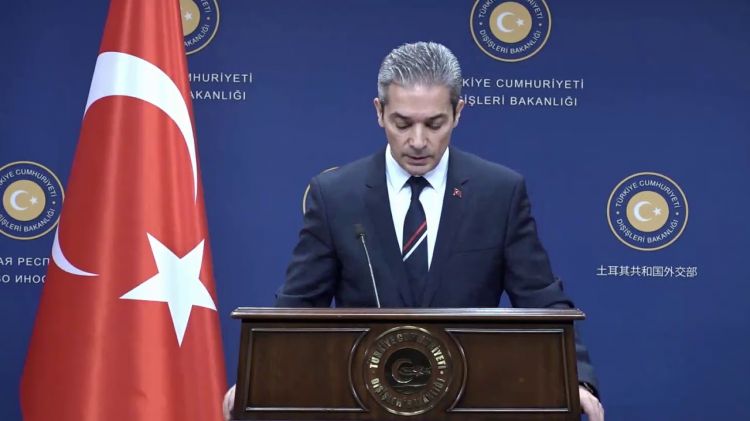 Turkey has rejected reports in international media accusing Turkish military of using chemical weapons in its offensive in northern Syria that was launched on Oct. 9 against Kurdish-controlled territories along Turkey’s border, Ahval News reports.

“We categorically reject these flagrant slanders stemming from disinformation by the terrorist organisation,” Hami Aksoy, the spokesman of the Turkish Foreign Ministry, said in a written statement referring to Kurdish People's Protection Units (YPG) in Syria.

No chemical weapons exist in the inventory of the Turkish Armed Forces, Aksoy said.

The Guardian on Friday reported that UN chemical weapons inspectors had been gathering information over accusations that burning white phosphorus had been used by Turkish forces against children in Syria earlier this week.

Aksoy said that the Organisation for the Prohibition of Chemical Weapons (OPCW) had stated that no investigation had been initiated against Turkey.

The Kurdish Red Crescent had said in a statement that six patients, both civilian and military, had been in hospital in Hasakah with burns from unknown weapons.

White phosphorus is used legally by militaries as a smoke screen in daytime and as an incendiary to light up an area at night, but it is illegal to use the chemical against civilians, as it causes serious and exceptionally painful burns on contact with the skin.