Russian diplomat warns with return of Cold War by race for military dominance in Europe
Read: 568

III ANIMAFILM ANNOUNCES THE PARTICIPANTS OF THE COMPETITION PROGRAM
Read: 521 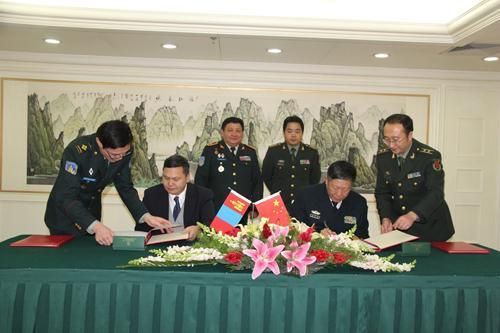 Minister of Defense Nyamaagiin Enkhbold is paying a working visit to China upon the invitation of Chinese Defense Minister Wei Fenghe and held official talks with the Chinese minister, Montsame news agency said.
Following the meeting, both defense ministers signed a protocol and agreement to provide assistance to Mongolia within the framework of the military and technical cooperation between Mongolia and China. Also during the visit, the Mongolian defense minister attended the 7th International Military Sports Council (CISM) Military World Games. The defense ministers and chief of the armed forces of world countries that participating in the CISM Military World Games were received by Chinese President Xi Jinping.
In the course of his visit, Minister N.Enkhbold will take part in the 9th Beijing Xiangshan Forum for dialogue and cooperation on global defense and security issues.