Peace, prosperity and stability in Azerbaijan is significant for the true realization of international projects and UN 2030 Agenda - Qaiser Nawab
Read: 963

The current situation in Syria "requires a stronger European initiative," said Annegret Kramp-Karrenbauer in an interview with DW. A deployment of German troops to the region, however, must be decided by parliament. 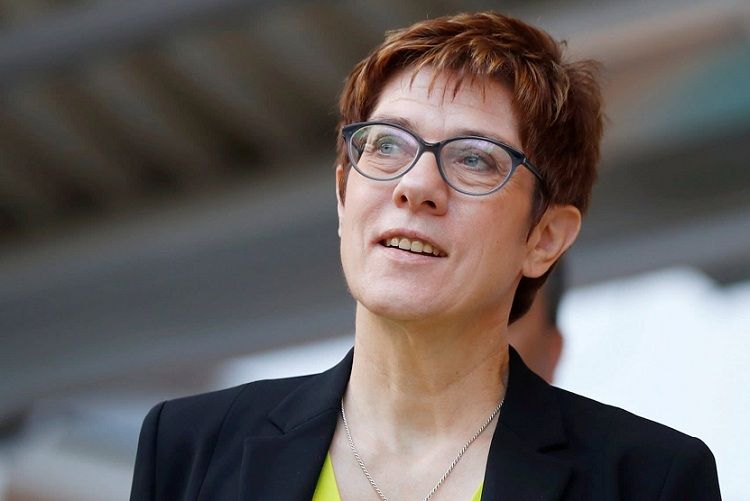 Germany's proposal for the establishment of an internationally controlled security zone in Syria would be in cooperation with Turkey and Russia, Defense Minister Annegret Kramp-Karrenbauer told Deutsche Welle in an exclusive interview Monday evening.

"This security zone would seek to resume the fight against terror and against the 'Islamic State,' which has currently come to a standstill," she said. "It would also ensure that we stabilize the region so that rebuilding civilian life is once again possible, and so that those who have fled can also return voluntarily."

Europe must 'come up with our own recommendations and initiate discussions'

The defense minister and leader of Germany's ruling conservative Christian Democrats (CDU) added that longtime chancellor, Angela Merkel, had already been informed of the recommendation, and that she has the backing of defense and foreign policy experts within her own party.

Any recommendation, however, must first be adopted by both the German cabinet and its parliament, the Bundestag.

"But we can't only talk about this," Kramp-Karrenbauer stressed. "Europe cannot simply be an onlooker. We also have to come up with our own recommendations and initiate discussions."