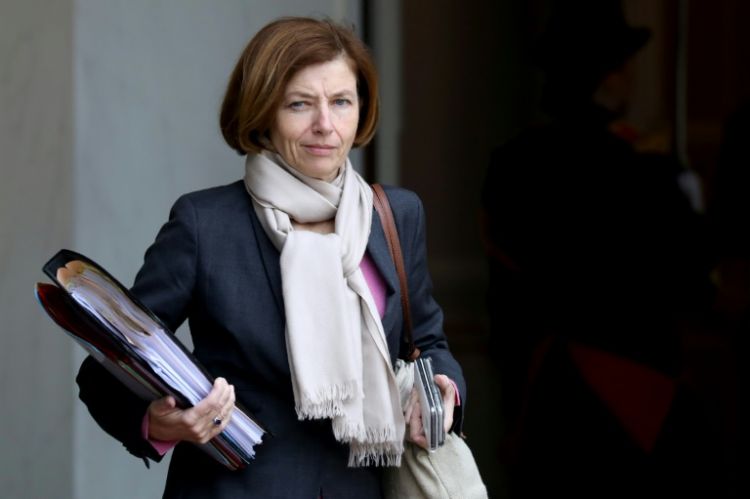 French forces in Mali killed Ali Maychou, a leader of a militant group with links to al-Qaeda, French Defense Ministry said, days after attacks killed more than 50 in northeastern Menaka region of Mali.
French Defense Minister Florence Parly said on Twitter late Tuesday that Maychou, a leader of Group for the Support of Islam and Muslims (GSIM), was killed early October.
The militant was killed "on the night of 8-9 Oct." on Malian soil in coordination with Malian forces and the U.S. support, she said.
"Ali Maychou, a religious leader, recruiter and mastermind of several attacks, incited hate," she added.
Maychou, also known as Abu Abderrahmane Al-Maghrebi, was considered the number two and religious leader of the GSIM, a militant organization with links to Daesh/ISIS and al-Qaeda.
Reportedly a former radical imam, Maychou was put on international sanctions list by the UN for his links to Daesh/ISIS and al-Qaeda.
He is said to have joined Al-Qaeda in the Islamic Maghreb (AQIM) in 2012.
According to reports, he became the spiritual leader of the group before helping to form GSIM in 2017 with Iyad Ag-Ghaly, the organization's number one -- who is also on the international sanctions list of the UN.
GSIM has been blamed for previous attacks on Malian and French troops as well as UN peacekeepers.
Maychou’s death is significant in the fight against GSIM terror group and other extremist groups in Mali and other countries in Africa's Sahel region which France has been fighting -- as he was a very influential figure -- according to analysts.
His death was announced days after 53 Malian soldiers and a civilian were killed on Friday by militants who attacked the Malian Armed Forces at a military post in Indelimane, northeastern Menaka region of Mali.
The Malian government described the incident as a terrorist attack, while no group has so far claimed responsibility for the assault.
Al-Qaeda leader claimed responsibility for the Sept. 11, 2001 attacks on New York's Twin Towers as well as on the Pentagon. The attacks killed nearly 3,000 people, including citizens of 77 countries.