US and EU have no desire to lend a helping hand to Italy, however China and Russia give life support to Italians - -American Expert
Read: 6602 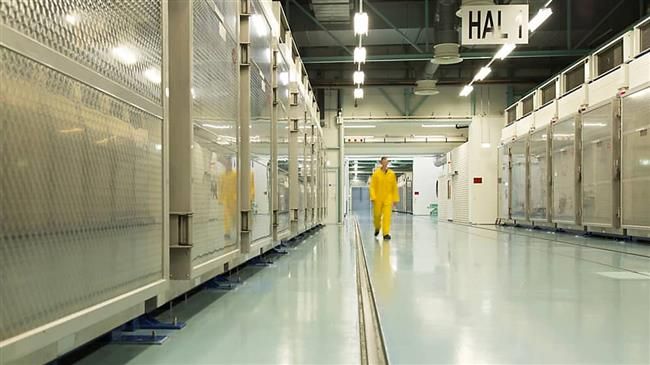 Iran’s ambassador to the United Kingdom has insisted that leaving the Nuclear Non-Proliferation Treaty, known as the NPT, would not benefit the country even considering that it has not enjoyed benefits of an international agreement that has imposed restrictions on its peaceful nuclear program.
Hamid Baeidinejad said in a post on Twitter on Saturday that the failure to save Iran’s 2015 nuclear deal with global powers, known as the JCPOA, would embolden those who want Tehran to end its commitment to the NPT.
“The failure of the JCPOA naturally would strengthen the idea that Iran should leave the NPT due to inability to enjoy its rights on peaceful nuclear technology,” read part of the tweet which was posted by Baeidinejad to clarify his remarks in a briefing with journalists earlier this week.
The ambassador said, however, that Iran will remain committed to the NPT even more than a year after the United States withdrew from the JCPOA and started pressuring others to disregard their commitments under the deal.
“... The I.R. Iran does not see this option (leaving the NPT) as beneficial to the interests of the country,” said Baeidinejad in his tweet.
The envoy had told reporters that the NPT would be at risk of being in “total jeopardy” when it comes for review in a UN meeting in New York next year.
He said “some circles, some personalities” in Iran believe membership of the NPT is not benefiting the country despite government efforts to convince them otherwise.
Saving JCPOA
The comments come as Iran has launched a fourth round of actions meant to force other parties to the JCPOA, namely the US, Britain, France, Germany, Russia and China, to observe their commitments under the agreement.
Officials said earlier this week that they had begun to inject uranium gas into centrifuges in Fordaw, the underground facility where operations had been suspended after the JCPOA was signed in July 2015.
Head of the Atomic Energy Organization of Iran (AEOI) said on Saturday that Iran’s latest move on nuclear  program was fully in line with the JCPOA and its compensation clauses.
“Based on the article 26 of the JCPOA, if they reneged on their obligations we could reduce our commitments in response to their behavior so that a balance can be created in the JCPOA,” said Ali Akbar Salehi.
Salehi said international inspectors would arrive in Iran on Sunday to monitor the latest developments regarding the JCPOA.
He said the trip will also provide Iran with the opportunity to officially tell the inspectors on which date it will begin its renewed wave of nuclear enrichment and to what extent it will carry out the mission. [Press TV]