Trump to visit NATO's anniversary to raise problems of organization 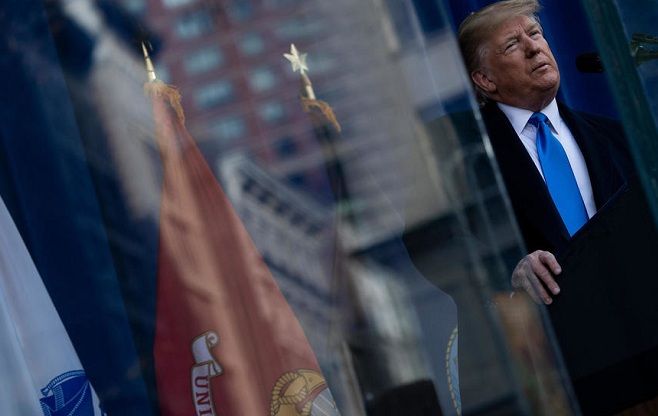 US President Donald Trump will visit Britain for NATO's 70th-anniversary summit next month, the White House said Friday, in a trip falling days before the country votes in a general election, Eurasia Diary reports citing AFP.

The White House said in a statement that Trump and First Lady Melania would visit Britain from December 2 to 4, attending the NATO gathering and a reception hosted by Queen Elizabeth II.

The White House said Trump would use the summit "to review the Alliance's unprecedented progress on burden-sharing, including adding more than $100 billion in new defense spending since 2016."

He will also emphasize NATO's need to combat "the threats of tomorrow, including those emanating from cyberspace, those affecting our critical infrastructure and telecommunications networks, and those posed by terrorism," the White House said.

Following a meeting the day before between Trump and NATO chief Jens Stoltenberg, the White House said in a Friday statement the two leaders "agreed that all Allies should reach a defense spending target of 2 percent of gross domestic product."

And in a reference to US concerns that Chinese companies could use 5G telecommunications infrastructure to spy, the two leaders also concurred that NATO members should ensure "that only trusted and reliable telecommunications providers and equipment are allowed into 5G networks."