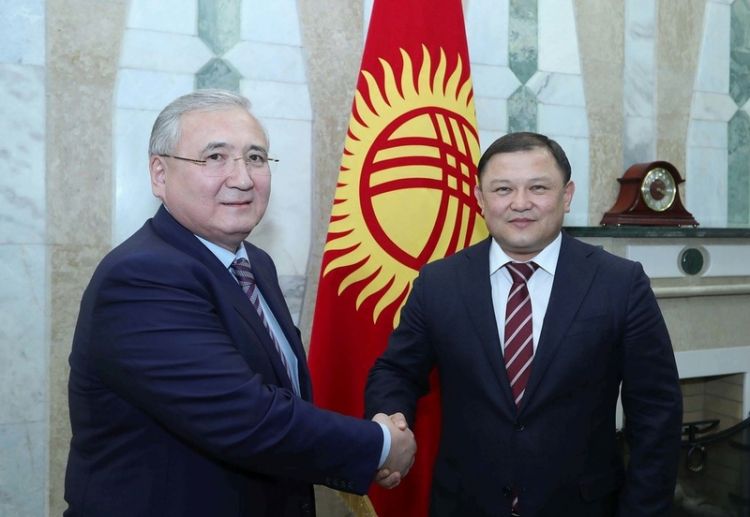 The sides discussed the current political, economic and cultural and humanitarian ties and exchanged views on development of interparliamentary relations.

Nurpeisov said that he got acquainted with the activities of the Kichi-Kapka checkpoint on Kyrgyz-Kazakh border in Talas region.

"We will speed up the process of resumption of its activities after resolution of some issues. Because this issue is also under the control of the leadership of Kazakhstan," the Ambassador said.

Jumabekov during the talks named the goal of the two countries to reach the bilateral trade to $1 billion.

The sides noted the importance of a speedy construction of the Tyup — Kegen highway linking Kyrgyzstan with Kazakhstan to boost the tourism cooperation.

Nurpeisov was appointed Ambassador of Kazakhstan to Kyrgyzstan on August 29, 2019.