Today’s NATO is ‘shadow of its own self’ - German MP | Eurasia Diary - ednews.net

Azerbaijan has right to use its armed forces to take back its legally acknowledged territory - British journalist
Read: 2815

Today’s NATO is ‘shadow of its own self’ - German MP 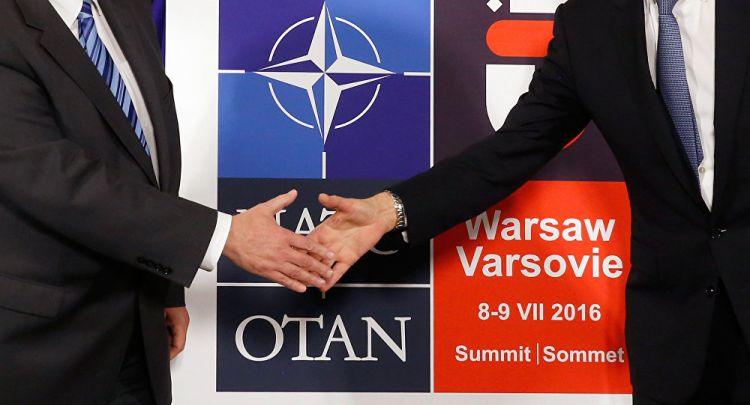 Jurgen Trittin has chimed in on the comment thread that followed President Macron’s words about NATO’s “cerebral death”, calling to wake up to reality and not ignore objective truths, Eurasia Diary reports citing Sputnik News.

For the time being, NATO is going through an existential crisis, being just a “shadow” of what it used to be, Jurgen Trittin, a Bundestag member from the Green Party and member of the German Parliament’s Foreign Policy Committee, shared in a Der Spiegel op-ed.

“One can choose to sugarcoat NATO, like German Foreign Minister Heiko Maas is doing or state unequivocally: the alliance is losing its integrity”, the parliamentarian wrote.
President Macron’s words about NATO’s “brain death” are all correct, the op-ed’s author says.

“What’s the alliance about if its biggest economic player deems cars from Germany, the second biggest one, as a threat to its national security?” the politician queries.

According to him, the German foreign minister misses the NATO “that no longer exists”.

“In the 70th year of its existence, the alliance is more like just a shadow of its own self”, Trittin notes.

Due to its members’ varying interests, the alliance is no longer capable of maintaining their security, Trittin believes, pointing out that strategic discrepancies between the NATO members make themselves obvious with regard to ties with Russia as well.

He notes that one such discrepancy was vis-a-vis Iran, citing President Trump’s move to unilaterally withdraw from the landmark nuclear deal with Iran (JCPOA) without consulting the other members of NATO.

Meanwhile, European officials’ statements to make good on promises to uphold trade with Iran turned out to be in vain, the MP states.

“If NATO no longer guards Europe’s essential security interests, if NATO members even jeopardise European security, Germany has to shoulder more responsibility”, the parliamentarian stresses adding emphasis should be put on a new sustainable sovereignty strategy in Europe.

“The time has come to be honest”, Trittin sums up, underscoring the approach would be contrary to NATO’s “brain death”.