Azerbaijan has right to use its armed forces to take back its legally acknowledged territory - British journalist
Read: 2983

Russia says it has handed captured naval ships back to Ukraine 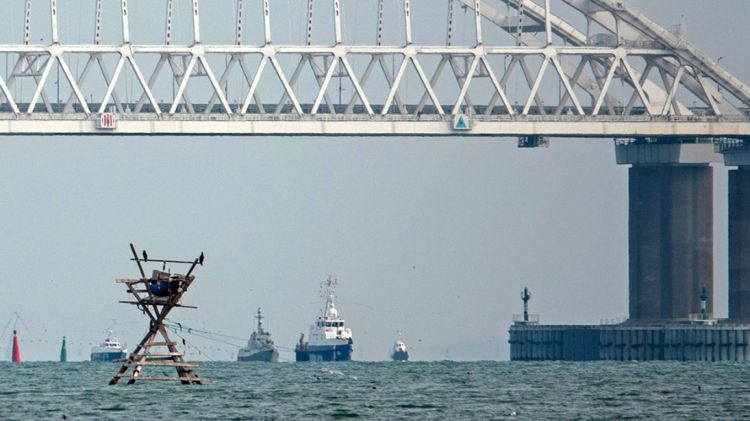 Russia's Ministry of Foreign Affairs said on Monday that Moscow had successfully handed three naval ships it captured last year back to Ukraine, Eurasia Diary reports citing the Moscow Times.
Russia seized the ships off the coast of annexed Crimea in November last year after opening fire on them and wounding several sailors. Moscow said the ships — two small Ukrainian armored artillery vessels and a tug boat — had illegally entered its territorial waters, a claim Kiev denied.
Ukraine has been pushing for their return as a good will gesture from Moscow ahead of a possible four-way peace summit on eastern Ukraine next month.
The leaders of France, Germany, Russia and Ukraine will meet in Paris on Dec. 9 in an attempt to advance efforts for a peaceful resolution to the conflict in eastern Ukraine, the French presidency said on Friday.
Russia returned the sailors who had been on board the ships to Ukraine in September as part of a prisoner exchange deal.
More than 13,000 people have been killed in the more than five-year-old conflict in east Ukraine between pro-Russian separatists and Ukrainian government forces.
Relations between Ukraine and Russia collapsed following Moscow's annexation of the Crimean peninsula, which prompted Western sanctions. Ukrainian President Volodymyr Zelenskiy won a landslide election victory in April promising to end the conflict.