The attack of Armenian military was this time a military answer to the peaceful speech of the Azerbaijan President Ilham Aliyev in the UN - Turkish Professor
Read: 453

Guardiola's agent rules out a return to Bayern Munich 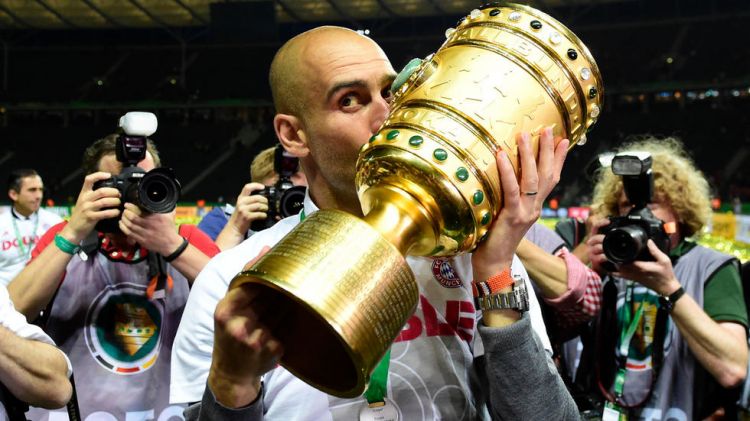 Pep Guardiola's agent has ruled out a return to Bayern Munich at least until the Spaniard's contract expires at Manchester City in 2021, according to reports, Eurasia Diary reports citing AFP.

The German champions are currently looking for a new head coach following the sacking of Niko Kovac after a 5-1 thrashing at Eintracht Frankfurt at the start of the month.

Caretaker boss Hansi Flick will remain in charge at least until Christmas when the Bundesliga goes into recess but the Germans are already on the lookout for a possible high profile replacement.

"Pep is content and very happy in Manchester. His contract is until June 2021," Guardiola's agent Josep Maria Orobitg told German daily Bild on Wednesday, having also been quoted by websites SPOX and Goal.

"I haven't spoken with anyone in Germany about him - neither with intermediaries nor club bosses.

"Pep has good memories of Munich and still has friends there, but at the moment he has shown no interest in returning to Germany as a coach.

"That is something that is just as impossible at the moment as it was last summer with Juventus.

"I deny all rumours."

Guardiola won the German league and cup double in his final season at Bayern in 2016 having lifted the Bundesliga title in each of his three seasons at the Munich club, who he joined in 2013.

Ajax coach Erik ten Hag and Paris Saint-Germain's Thomas Tuchel have been linked to Bayern, but both have made it clear they will not leave their respective clubs this season.