Now is the time to join the United States against Iran | Eurasia Diary - ednews.net

Now is the time to join the United States against Iran 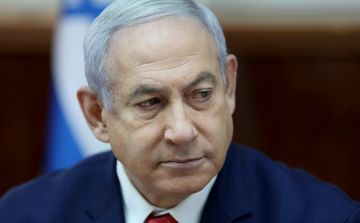 "These European countries should be ashamed of themselves," he stressed.

"They are enabling a fanatic terrorist state to develop nuclear weapons and ballistic missiles, thereby bringing disaster to themselves and upon everyone else," the Israeli PM added.