After returning from Khojaly, I started drinking... - British journalist: We sympathized with the Armenians
Read: 280

Merkel upbeat about NATO summit despite differences among members 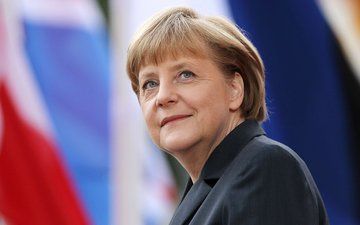 German Chancellor Angela Merkel said she was going into a NATO summit with a sense of optimism despite differences between the alliance's members over its health, Eurasia Diary reports citing Vestnik Kavkaza.

After meeting Turkish President Tayyip Erdogan, British Prime Minister Boris Johnson and French President Emmanuel Macron at the NATO summit in London, the German Chancellor said: "The discussion we have just had with the Turkish president shows that meetings where we can address these topics are always good."

"With all the differences between members, and we need to address them, we need to talk about the future of NATO and our common strategic interests, I'm going into this meeting relatively optimistically," Reuters cited Merkel as saying.