Azerbaijan has right to use its armed forces to take back its legally acknowledged territory - British journalist
Read: 5248 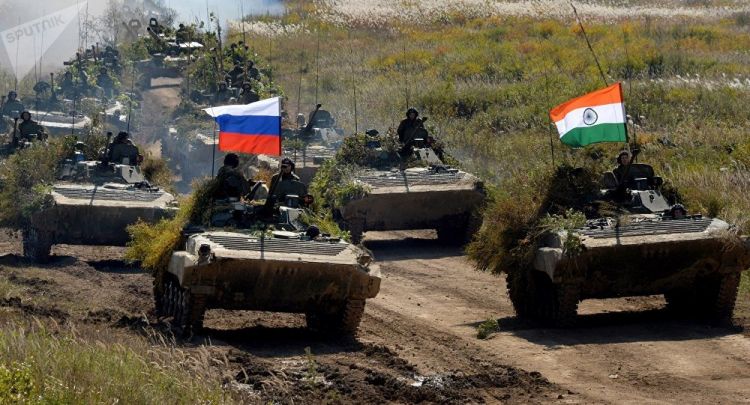 Russian and Indian military pilots will train together with ground and naval forces at December’s Indra military drills, the press service of the Eastern Military Districts said on Wednesday, adding that Russian pilots would take part in joint flights at the ceremonies to open and close the military exercise, Eurasia Diary reports citing Tass News.

During the aviation stage of Indra’s Russian-Indian military exercise, the joint headquarters of the air group’s top brass will plan operations by the air forces within the framework of peacekeeping activity and will also sharpen general approaches and procedures of the air forces at the tactical level, the press service said.

"As part of the exercise, the Russian pilots will undergo joint training with the pilots of the Indian Air Force to provide air support for ground units, in addition to organizing air defense. The pilots will participate in group flights at the opening and closing ceremonies of the exercise," the press service said.

The combined force will hone their skills in reconnaissance, search operations and airborne descent. In addition, the militaries of both countries will lock down an area seized by a simulated illegally armed gang, create humanitarian corridors and destroy mock armed units.

The exercise will take place in India in December. The Indra-2019 event will be conducted at ground and naval training ranges and at a military aerodrome of the Indian Armed Forces. About 300 troops from Russia’s Eastern Military District will join the exercises. The drills are divided into two phases. The first coastal stage will take place at the port of Marmagao on December 10-15, and the second, the naval phase of the joint drills, will run on December 16-19 in the Indian Ocean.