Iranian forces may have killed more than 1,000 in recent protests | Eurasia Diary - ednews.net

Is there any point in replacing the OSCE Minsk Group with another diplomatic mechanism? - The explanation by Azerbaijani expert
Read: 556

We call on the UN and international community to urge Armenia to refrain from another military aggression - Azerbaijan President
Read: 195

Iranian forces may have killed more than 1,000 in recent protests

Iranian forces may have killed more than 1,000 in recent protests, official says 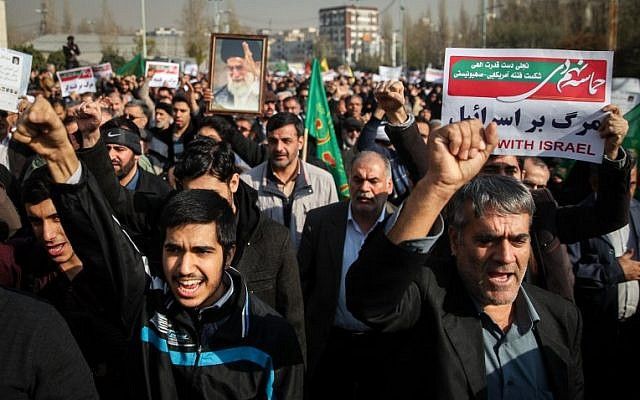 More than 1,000 people may have been killed by security forces in Iran amid recent protests, a senior state department official said Thursday, one day after authorities in the Islamic Republic acknowledged that demonstrators have been shot and killed in the unrest, Eurasia Diary reports citing Fox News.

Brian Hook, the U.S. special envoy for Iran, told reporters at the State Department that American officials have seen a video of one incident in which the Iranian Revolutionary Guards Corps had mowed down at least 100 people with machine-gun fire. He said the U.S. had received and reviewed video of that incident in the city of Noshahr.

“In this one incident alone, the regime murdered as many as 100 Iranians and possibly more,” Hook told reporters.

Amnesty International believes at least 208 people were killed in the protests and security force crackdown that followed. Other groups, such as the France-based National Council of Resistance of Iran, claim that 1,029 have been killed in protests across 189 cities.

Iran disputes Amnesty’s figures but so far has refused to release any nationwide casualty or arrest figures. Hook, who cited unspecified reports on Thursday and did not provide any evidence of the death toll, said Iranian forces may have killed upwards of 1,000 people in response to the protests.

“We have seen reports of many hundreds more killed in and around Tehran," he said. "And, as the truth is trickling out of Iran, it appears the regime could have murdered over 1,000 Iranian citizens since the protests began.” The dead include 13- and 14-year-old children, he said.