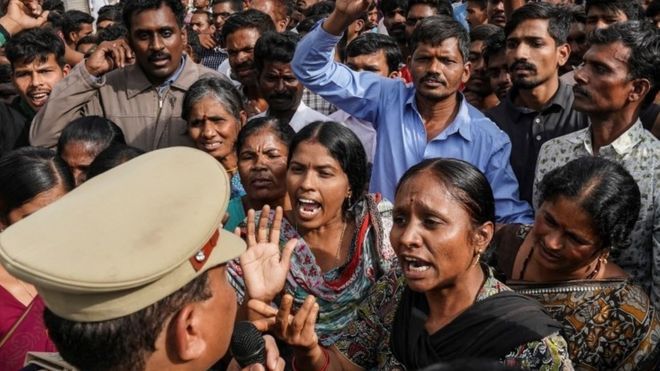 The men were in police detention and were taken back to the scene of the crime in the early hours of Friday.

The suspects were shot when they tried to steal the officers' guns and escape, police told BBC Telugu.

After news of the killings broke, the victim's mother told the BBC that "justice has been done".

Meanwhile, neighbours celebrated with firecrackers, and thousands of people took to the streets to hail the police.