Iran budget will be based on resistance against sanctions - Rouhani | Eurasia Diary - ednews.net

Iran budget will be based on resistance against sanctions - Rouhani 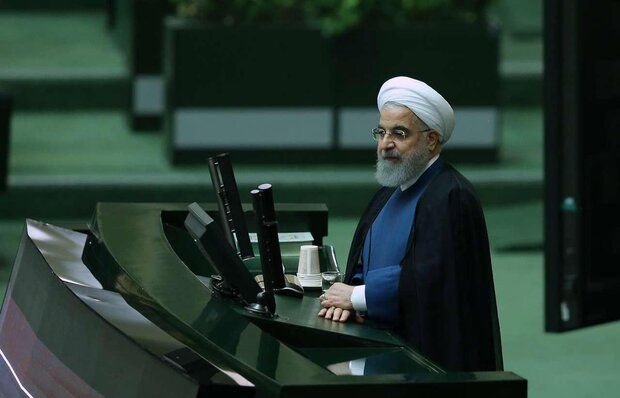 “Our budget for the next year, like the current year, will be based on resistance against sanctions; the budget’s message is that we will manage the country despite all sanctions,” he said on Sunday in the open session of the Parliament, Eurasia Diary reports citing Mehr News.

“Next year’s budget is not much reliant on oil. Anticipated revenues for oil and gas sales are close to the required budget for civil projects,” he said, adding that 700 trillion rials (some $5.3 billion) have been allocated to such projects.

Rouhani was at the Parliament to submit the next year’s budget bill.

“We were under the toughest sanctions last year; we promised that the administration, with the support of the resistant Iranian nation and other organizations, would make every effort to provide and implement the budget and this has been realized by now,” Rouhani said.

Nine months have passed since the year 1398 and all the daily budgets have been provided, he said, adding that 340 trillion rials (some $2.6 billion) have been allocated to civil projects. “Major projects have either been inaugurated or will be by the year-end.”

“All this has been realized while Americans and Zionists thought that sanctions would cripple the government, but they gave up on that and will keep being disappointed in the future,” Rouhani said.