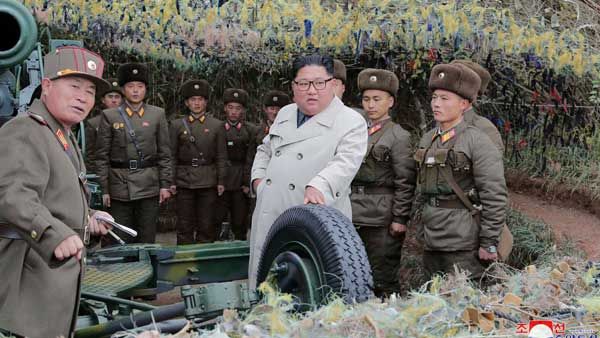 North Korea said Sunday it had carried out a very important test at its space launch centre, as Pyongyang ramps up pressure on Washington over stalled nuclear talks. The announcement of Saturday's test at the Sohae satellite launch site came just hours after US President Donald Trump said he would be "surprised" by any hostile action from the North, Eurasia Diary reports citing One India News.

"A very important test took place at the Sohae Satellite Launching Ground on the afternoon of December 7, 2019," a spokesman for North Korea's Academy of the National Defence Science said.

The result of the latest test will have an "important effect" on changing the "strategic position" of North Korea, the spokesman said in a statement carried by the official KCNA news agency. The statement did not provide further details on the test. Sohae, on North Korea's northwest coast, is ostensibly a facility designed for putting satellites into orbit. But Pyongyang has carried out several rocket launches there that were condemned by the US and others as disguised long-range ballistic missile tests.

North Korea dismantled the test stand at Sohae amid a rapid rapprochement in 2018 but reassembled it this year, Lewis said, adding, "Still, we had not seen any activity at the test stand" until now. "It is clear that this is one more sign that North Korea is conducting more missile-related activities as Kim Jong Un's end-of-year deadline for sanctions relief approaches," he said.