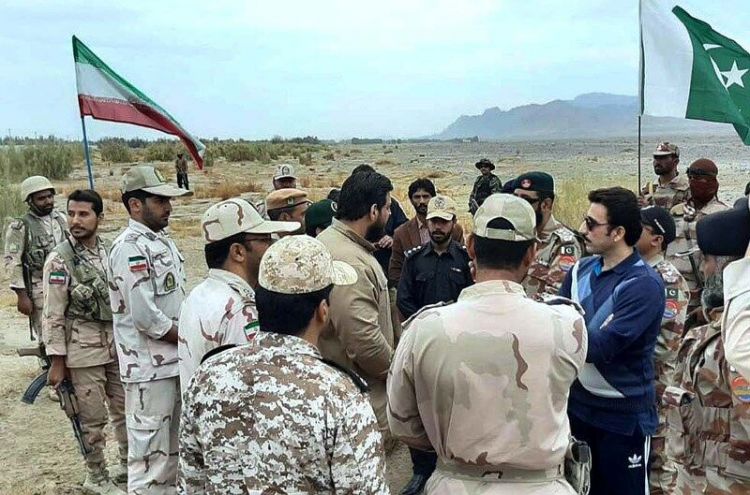 Border forces of the Islamic Republic of Iran and Pakistan have conducted joint patrolling of border between the two countries in Taftan area, Eurasia Diary reports citing IRNA.

Reports quoting official sources said dozens of soldiers belonging to Levies Force and Frontier Corps from Pakistan’s side and the Border Security Force of Iran participated in the patrolling. They carried their national flags.

The joint patrolling commenced from border pillar number 76 and ended at number 88 near the Taalap area. The officials of the two sides shared their experiences with each other.

“This was a synchronized patrolling from both sides along the border between Pakistan and Iran. Authorities of both neighboring countries observed the border to identify suspected movements by each side and report to the other with the aim to overcome the threats”, Assistant Commissioner of Taftan Najeebullah Qambrani told media.

Everything was normal and the officials of both the sides expressed their satisfaction, he added.

The two sides exchanged their reports while discussing border affairs at the end of the joint patrolling.

On many occasions, the security forces of Pakistan and Iran had conducted joint patrolling of the border.

Last week, the sixth meeting of the permanent border committee of Iran and Pakistan was held at the Taftan border to discuss the ongoing fencing of the common border which commenced a few months ago.

However, some 12 border guards have been freed so far while two are still remaining in the custody of the terrorists.