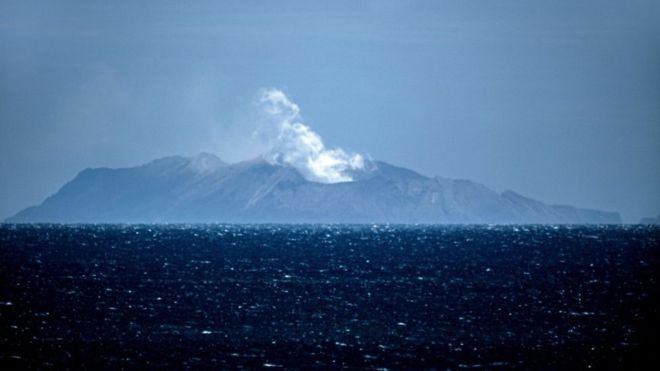 The recovery mission will go ahead despite the risk of another eruption, police said.

"Today is less safe than yesterday, and the day before that," volcanologist Dr Graham Leonard said.

At least eight people are thought to be on the island following the eruption on Monday. All are presumed dead.

Police said they were planning a "high-speed recovery" of the bodies.

Eight others have already been confirmed dead, and 20 are in intensive care after suffering burns when the volcano erupted as tourists were visiting.

GeoNet, New Zealand's geological hazard information site, said on Thursday there was a 50-60% chance of another eruption within the next 24 hours.

But families of the victims are growing increasingly desperate for the bodies to be recovered.

"We are now living with a growing sense of desperation to bring home those that we know are there," Whakatane Mayor Judy Turner told reporters. "The frustration of those families most affected is completely understandable."