Is there any point in replacing the OSCE Minsk Group with another diplomatic mechanism? - The explanation by Azerbaijani expert
Read: 339

The Azerbaijan Army is ready to suppress any provocations of Armenia and undertake strong retaliatory actions - Defense Minister
Read: 263 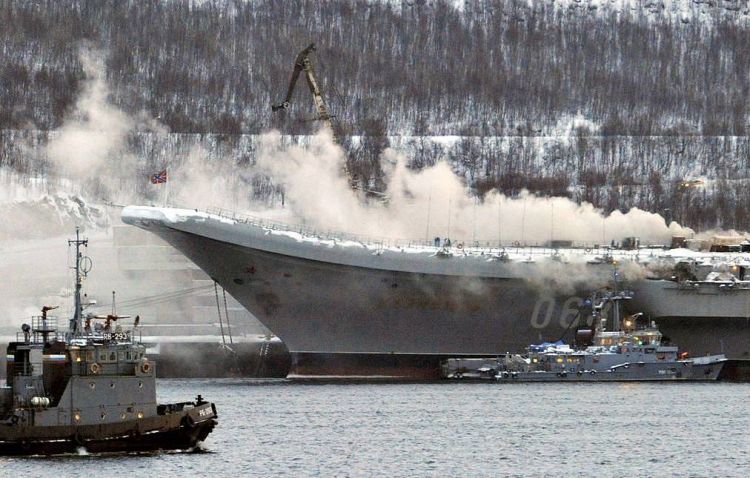 Firefighters have extinguished a blaze onboard Russia’s sole aircraft carrier Admiral Kuznetsov, which is under renovation in Murmansk, northwest Russia, a source in the emergencies services told, Eurasia Diary reports citing Tass News.

"At around 5 a.m. the fire was extinguished. The fire covered 500 square meters," the source said. The firefighters continue dropping water on the scene.

The fire broke out in the first power unit of the eighth deck on Thursday morning. One person was killed and 12 others were injured. One of them is in serious condition and another 11 are in moderately grave state. The fate of one crew member remains unknown.

Safety rules’ violation is considered as a likely cause of the flames.