Putin - 'We see how an array of Western countries are resorting to pressure, intimidation and blackmail of sovereign African governments'
Read: 921

India to test second version of Russian missile in 2020 - Fastest on earth
Read: 673 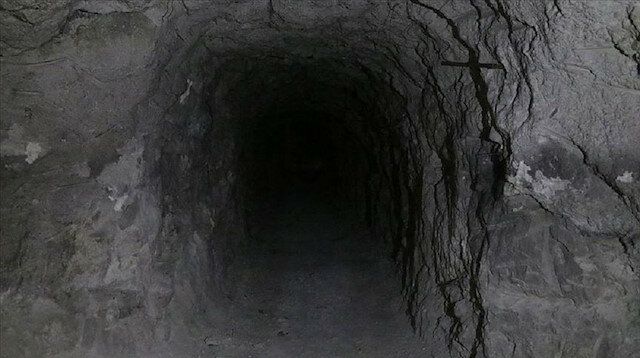 In a Twitter post, the ministry releasing the video wrote: “The tunnels which were built by the PKK/YPG terrorists and which were negatively affecting the lives of the locals in the Operation Peace Spring area are being closed non-stop with the continuous effort since the first day.”

The two-minute video showed the tunnels built under the school buildings which were used as a dwelling by terrorists, and tunnels built to keep watch on the Turkish border, being destroyed by the Turkish soldiers after the identification process.

“The PKK/YPG terrorists’ evil burrows are being closed down one by one,” the video, released both in Turkish and English, said at the end.

On Oct. 22, Turkey reached an agreement with Russia on a 10-point deal to force the terrorist YPG/PKK to withdraw from a planned terror-free zone.

In its more than 30-year terror campaign against Turkey, the PKK -- listed as a terrorist organization by Turkey, the U.S. and the European Union -- has been responsible for the deaths of 40,000 people, including women, children and infants. The YPG is its Syrian offshoot.