Armenia-Azerbaijan conflict must be resolved on the basis of the territorial integrity of Azerbaijan - President Ilham Aliyev
Read: 275

In 2018, Russia and Japan were closest to signing peace treaty
Read: 235 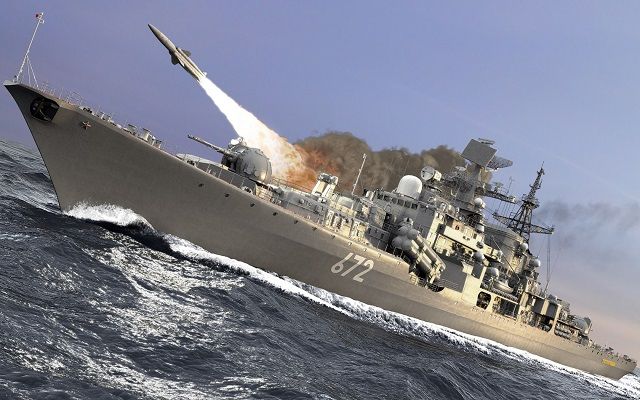 "Under the drills’ scenario, the frigate’s air defense system spotted the launch of cruise missiles by a notional enemy’s aircraft that approached the ship. The air defense team of the frigate Admiral Essen practiced the algorithms of measures to repel air attacks," the press office said in a statement.

During the exercise, the personnel of the frigate’s combat information center detected and identified the notional targets while the air defense team successfully destroyed them by electronic launches.

The frigate Admiral Essen has been accomplishing assigned missions within the Russian Navy’s permanent Mediterranean taskforce since December 2019, the press office said.

The Admiral Essen represents a new series of Project 11356R/M frigates (the Project 11357 designation is also used). These frigates are designed to destroy enemy surface ships and vessels, submarines and ground installations, carry out patrols and defend sea lanes.

The frigates of this Project are armed with eight launchers of Kalibr-NK cruise missiles that are capable of striking surface, coastal and underwater targets at a distance of up to 2,600 km.

The warships of this Project are also armed with Shtil-1, Palash and AK-630M air defense missile and artillery systems, A-190 100mm universal artillery guns, torpedo tubes and RBU-6000 rocket launchers. The frigates also have a take-off and landing strip and a hangar for an anti-submarine warfare helicopter (Ka-27 or Ka-31).