Trump claims Russia created hypersonic missile after receiving info about it from US
Read: 547

Is there any point in replacing the OSCE Minsk Group with another diplomatic mechanism? - The explanation by Azerbaijani expert
Read: 302

The Azerbaijan Army is ready to suppress any provocations of Armenia and undertake strong retaliatory actions - Defense Minister
Read: 259

Clashes between protesters, police erupt near Russian Embassy in Beirut 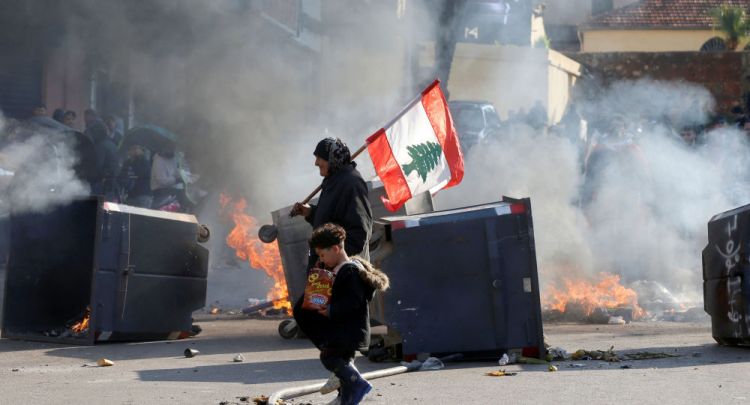 The activists threw stones at security officers, forcing them to retreat. The clashes left some injured, including several journalists.

No Russian Embassy employees were injured in the violent protests, the embassy’s press service said.

Several firecrackers hit the embassy’s territory. Of course, we are feeling the consequences of the use of tear gas … No diplomats have been injured, the embassy is operating in a normal mode", the press service said late Wednesday.

The press service added that the embassy was not a target of the violence.

Lebanon's Red Cross said in a statement that at least 35 people have been injured in violent clashes between police and protesters.

“As the moment, 35 people have been injured, they have been hospitalised. Ten people received assistance at the site", the Red Cross said in a statement late Wednesday.

Wednesday's clashes are just one more episode in the ongoing unrest in Lebanon, which started on 17 October, following the government’s intent to introduce a tax on internet calls made via WhatsApp. Even though the controversial measure was scrapped and Saad Hariri's government resigned, people have remained in the streets demanding reforms amid a protracted economic and financial crisis.